SAN FRANCISCO—A SoMa ghost kitchen owned and operated by CloudKitchens might have been targeted by an arsonist last week. Officials from the Los Angeles Fire Department were called to the kitchen’s San Francisco warehouse twice last week. The first fire was reported at 4:52 a.m. Monday, June 8, and the second fire was reported at 8:50 p.m. Tuesday, June 9.

Police have reported that at least one of the fires is being investigated as a possible arson, but they have not ruled out arson for the second blaze. Security cameras caught a photo of a potential suspect, but no arrest has been made in the case. 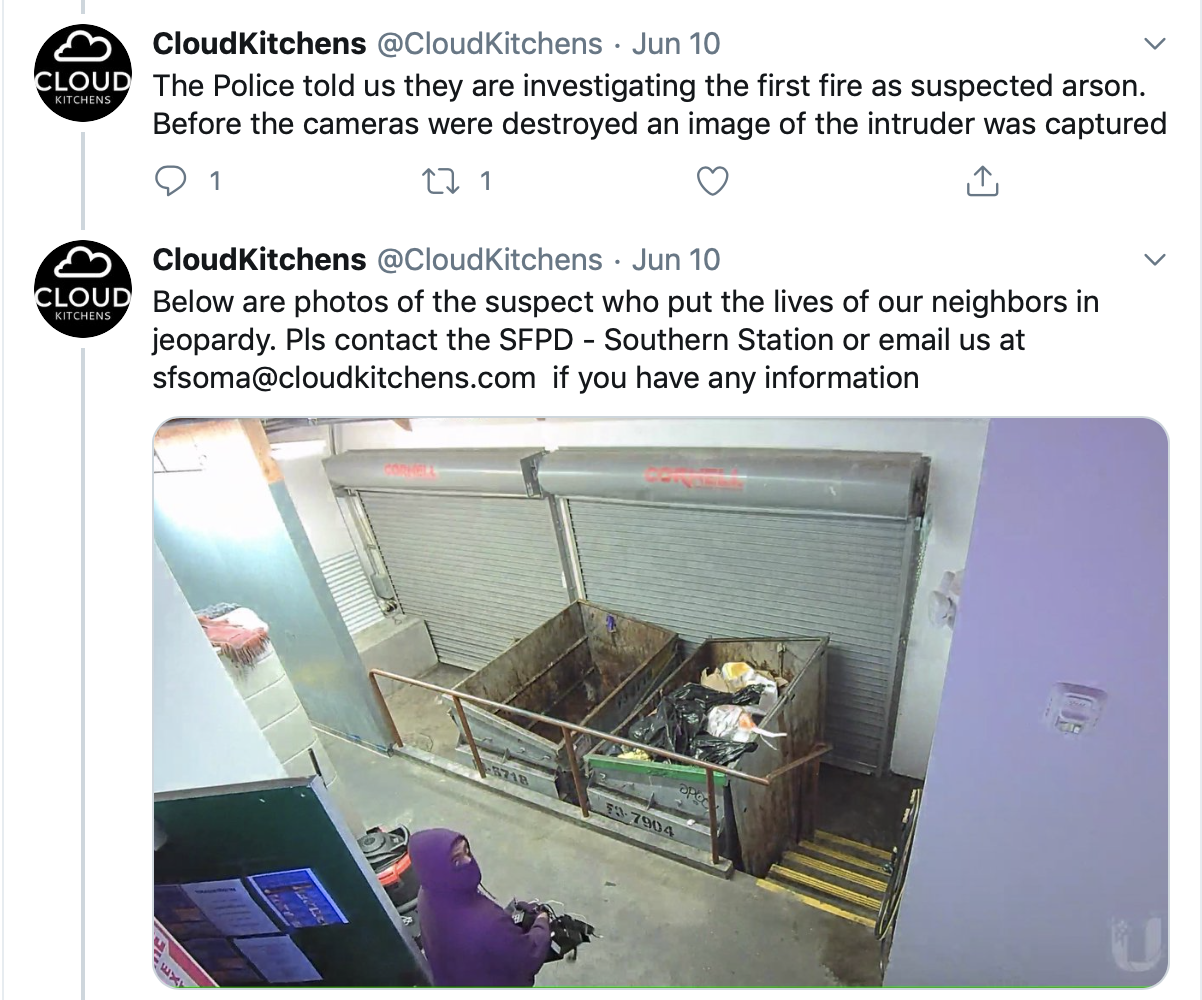 The ghost kitchen is a Saudi-funded startup, originally started by Uber founder Travis Kalanick. The purpose of the kitchen is to convert industrial spaces into food preparation facilities. Those facilities prepare food, and pass it on to drivers with food delivery apps such as Grubhub, Uber Eats, and DoorDash.

“The police told us they are investigating the fire as suspected arson. Before the cameras were destroyed an image of the intruder was captured”, said CloudKitchens in a tweet.

CloudKitchens provided another update about the incident on Twitter on Wednesday, June 10, stating that the fire was “Contained by the quick response of the SF fire Department. Fortunately there was only minor damage to a single interior wall in the facility. Looking to have the wall patched and be back up and running tomorrow.”

Authorities are still investigating this incident. CloudKitchens has asked that anyone with any information about this incident should contact the SFPD or to email them at sfsoma@cloudkitchens.com.