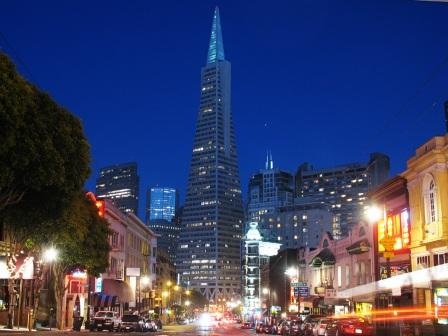 “I know Maggie Weiland will continue to successfully lead the Entertainment Commission’s important work of promoting, supporting and regulating a robust, responsible and safe entertainment and nightlife community in the City,” said Mayor Breed. “Watching her work firsthand gives me great confidence that she will also balance the important public safety and neighborhood concerns in our City.”

According to a press release from the Mayor’s Office, Weiland joined the Entertainment Commission in 2015 as Deputy Director. She became Acting Director in July 2017, after the retirement of the previous Director. She previously worked in the administrations for Mayor Edwin M. Lee and Mayor Gavin Newsom, and for the Department of the Environment and the San Francisco Film Commission.

“Acting Director Maggie Weiland ably led the Entertainment Commission during the City’s time of transition and demonstrated an unmatched commitment and great skill in leading key entertainment initiatives,” said City Administrator Naomi Kelly. “I am pleased that she will continue this important work to sustain San Francisco’s well-earned reputation as a first class city for quality entertainment.”

The Entertainment Commission was established in 2002, and is a Charter Commission that is in charge of issuing entertainment permits. It has become part of the General Services Agency, the City agency managed by the City Administrator.

According to a 2012 economic impact report by the Office of the Controller, the nightlife sector in San Francisco employs close to 48,000 people and accounts for $4 billion in annual spending by 80 million customers. San Francisco’s nightlife and entertainment sector is an vital part of the city’s fabric: attracting residents and visitors to our diverse neighborhoods, providing social spaces that are critical to the preservation of vibrant cultural life, and serving as a major source of employment.

Weiland is from San Francisco and earned her Bachelor of Arts Degree and Masters in Public Administration from the University of San Francisco. Her first day as Executive Director was August 13.