SAN FRANCISCO—Christopher Matthews, a victim of an aggravated assault in San Francisco. Matthews was attacked on September 8, leaving him with serious brain trauma.

According to the San Francisco Police Department website, at approximately 11:22 p.m., Matthews and his wife were waiting outside of an establishment on First and Howard Streets in the Southern District for their Lyft driver, which was a white sedan to pick them up.

A similar vehicle pulled up next to him. Believing the vehicle belonged to a rideshare company, Matthews approached the car. The occupant of the vehicle exited the car and punched Matthews, causing him to fall to the ground and sustain life threatening injuries. The suspect returned to his vehicle and fled the scene. 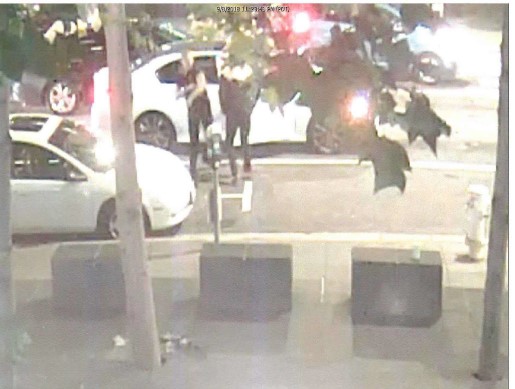 The SFPD is looking for the suspect involved in the assault. He is described as an Asian male, approximately 6 feet tall, weighing 180 pounds, possibly in his late twenties or early thirties,  with a “buzz cut” hairstyle/ He was last seen wearing a black t-shirt and black jeans. He was seen fleeing the scene in a white four door sedan, with silver rims and black roof.

A GoFundMe page was set up to raise funds to support Christopher and his family. As of Wednesday, October 3, the page has raised $61,292 of the $40,000 goal.

“Chris was assaulted in a terrible random act of violence in San Francisco, leading to significant head trauma, hemorrhaging, and multiple skull fractures.  He was transferred to Zuckerberg SF General where he was treated for his injuries and was released for rehab on 9/12/18. Despite the severity of his injuries, Chris has shown good motor skills recovery. However, his memory continues to be a work in progress where some days are better than others. Chris has a long road to recovery, but we want Chris, Rebecca, and their 2 children to know that they have our support!

I’ve put together this GoFundMe for the many expenses (medical, child care, meal services, time off work, babysitting, etc.) that will come with the long journey ahead. It’s hard for any of us to know what the family is going through, but we can all imagine the emotional, physical, and financial burden this incident will impart on the Mathews family and this is an easy way that we can help,” states a message posted on the GoFundMe page.

Anyone with information on the whereabouts of the suspect or with details on the assault is asked to contact the SFPD 24-hour tip line 415-575-4444 or text a message beginning with “SFPD” to TIP411. Tipsters may remain anonymous.