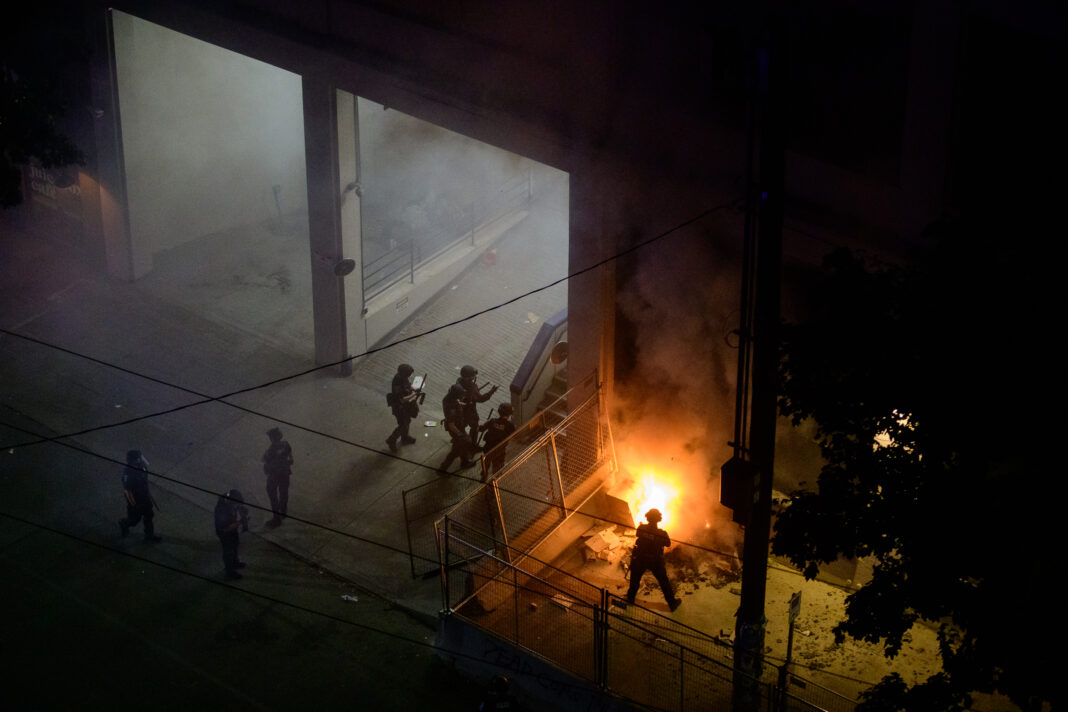 SEATTLE — A 19-year-old man from Alaska was charged by federal prosecutors on Thursday, August 27, for setting fire to the East Precinct of the Seattle Police Department on Monday night’s protest.

Desmond David-Pitts was charged with arson after participating in the demonstration in Seattle that was protesting the police shooting of Jacob Blake. The complaint filed by Michael J. Collier, special agent at the Bureau of Alcohol, Tobacco Firearms and Explosives, said that surveillance cameras captured footage of him starting a fire against a garage door at the SPD East Precinct. David-Pitts was identified from the video because he was wearing distinctive clothing. He was arrested 40 minutes after the incident and admitted that he started the fire in an interview with Collier.

According to Collier, the footage also showed that approximately ten individuals were trying to barricade and block another door in the garage “in an apparent effort to prevent officers who were inside of the precinct from exiting through the door.” SPD officers left the precinct through that door and used fire extinguishers to put out the flames.

The complaint said that David-Pitts told the agent that he had arrived to Seattle three days before the protest because he wanted to observe and participate in the demonstrations. According to Anchorage Daily News, his younger brother died in a shooting by police in Alaska in February.

“During the interview, David-Pitts explained that he and others with whom he is close have had experiences with the police,” said the statement from agent Collier. “He stated that as the protest went on, ‘My stupid ass got angry. So that’s exactly why I was acting the way I did. I’m accountable.’”

Seattle Police Chief Carmen Best commented on the event and said that she was grateful with the federal prosecutors for holding people responsible for these acts.

Federal officials pointed out that David-Pitts is not the first person charged with criminal conduct after participating in protests in Seattle.

“This is the fourth defendant to appear in federal court after being charged with criminal conduct that went far beyond any peaceful protest,” said U.S. Attorney Brian Moran in an official statement. “Those who go to protest but choose violence and criminal acts over protected speech will face the full weight of federal criminal sanctions. This illegal conduct must end.”

David-Pitts can receive minimum five and up to 20 years in prison for his charge.