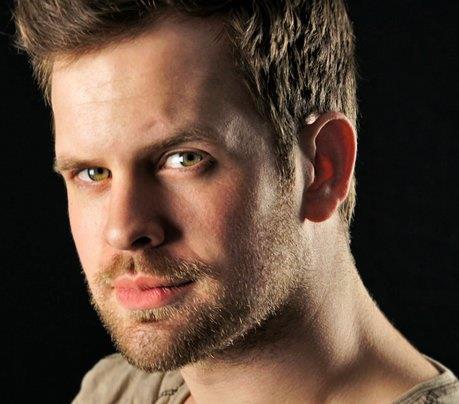 HELLOAMERICA!—We all know that thousands of actors and musicians come in toHollywoodby plane, bus or train everyday. However, very few people come wearing the banner of producer, and this makes Michael Plaster different and special.

MSJ: You’re fromTexas, and there seems to be tons of young creative people across the board that are making their way toHollywood, and they seem very prepared in their respective creative interest. What led to the passion in exploring the world of producer?

MP: Good question. I’ve contemplated this particular question often, and I can say confidently that it is my Life’s Task to find out what people want, what they need, and making it happen to the best of my ability by bringing talented people together. Over the years I have developed a strong connection with the many leaders that I have attracted to my life, and in these years, I have learned how to identify talent and have sharpened my understanding of how to build and form connections between the right individuals in order to form a powerful group.

MSJ: As a youngster, were there many independent film companies to approach? Or did most of your technical and business training happen in college or in a film workshop?

MP: I was never an academic person. The structure that best worked for me was not a system of memorization and tests but to be in the room with the executive, with the producer, observing and learning in the moment. I found myself audacious enough to contact the president or CEO of a company and find a place to witness their process. In this way, all my education and business experience has been learned. You could compare this to an apprenticeship of the old days.

MSJ: What has been the most problematic issue in moving toHollywood? Has connecting with credible production companies been difficult?

MP: (laughs) having enough financial room to breathe before settling down in a spot was the most challenging position in being new here. If you aren’t careful, it’s easy to get caught up in a community or job that seems appealing in the short term. It may give you enough money to pay bills (or whatever you’re doing) but finding that community and credibility that supports the vision of your future self is the real value. Fortunately, I have and am continuing to put myself in the right circumstances, through which I have met some incredible (and credible) people. Finding the right people hasn’t been too difficult, because when you know where they are at, you simply go to them.

MSJ: What kind of films impacted your interest in producing, was it science fiction, comedy, drama or action stories? And why?

MP: I would watch movies by The Wachowskis, Darren Aronofsky, Christopher Nolan, stories by great writers like Phillip K. Dick. Any film or animation that falls into a category of cerebral and science fiction make me feel something I rarely feel with other genres. I have to watch them even if they are cheesy or horribly made. These influences are simply reflections of what goes on in my mind and in my dreams on a nightly basis. Without them, I would feel alien.

MSJ: Who were your favorite leading actors as a kid growing up inTexas?

MP: Robin Williams, Jim Carrey, Al Pacino, Edward Norton, Joaquin Phoenix, Jeff Bridges. Each of their works has been a major influence to me as a filmmaker and as a human being.

MSJ: What are some of the career-realities since coming toHollywood?

MP: There are many social myths that are applied to every level ofHollywood. These are myths on what it is to be a creative person and being a good business man. It comes down to the fact that there is no formula or path to making your dream happen. Everyday is a challenge to make things happen.

MSJ: What have you learned about yourself having to face certain challenges in becoming a producer?

MP: Everyday I am reminded of my faults, mistakes, and miscommunications. I’ve learned to surround myself with people that have a similar desire and understanding of maturity. As a producer, it is important to have a network of every type of person one could imagine, without bias.

MSJ: What has been the most important film project you’ve been involved with so far? And what is the story line?

MP: The project I’m working on now is made up of professionals that are open minded, kind, and do their job. It’s a true joy to know these people. The story follows the hero’s journey closely. It questions our concept of reality and rewards the character who is open to the idea that there is something more than the physical and skeptical of all the new data entering his life. He ends up seeing for himself what is real and what is phony.

MSJ: Have you a clearer idea who you are as a person, especially as a creative one? And how does it make you feel?

MP: Each project that I work on is an onion who’s skin is peeled away revealing that which hasn’t been seen before. In the moment, it’s a flow that feels effortless. Everything outside of my attention falls away. I wish I could share that feeling with everyone.

A Tribute To Michael St. John

It Has Always Been Survival Of The Fittest