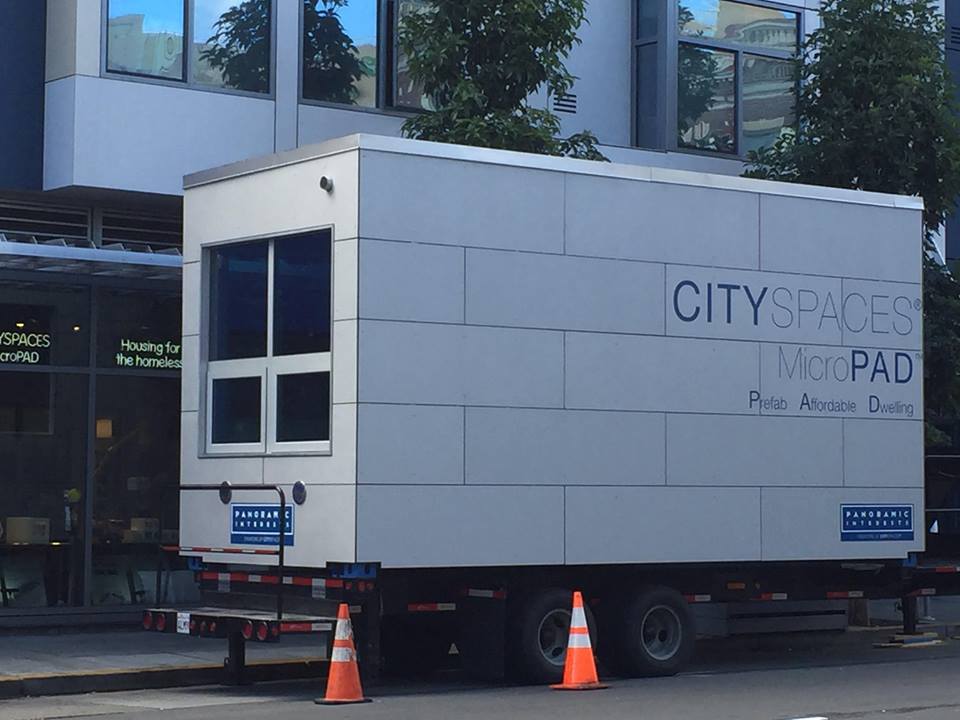 SAN FRANCISCO―The city of San Francisco currently has over 7,000 homeless people and local real estate developers have developed small, stackable pods which could be a solution to the problem.

Patrick Kennedy, CEO of Panoramic Interests has developed shipping container-like pods to serve as an affordable solution to San Francisco’s homeless problem. Kennedy’s MicroPADs, known as Prefab Affordable Dwelling units, consist of identical 160 square-foot pods that include a bed, bathroom and shower, a storage area, and a desk. According to Kennedy, the micro-apartments can be built in a week, and within a few months, be combined into a 200-unit building.

Kennedy indicates the micro-apartments resemble shipping containers that are actually taller, with steel reinforcements, and all include a certain sealing which will prevent water leaks and pests from getting in.

“We’ve seen the street life and desperation that exist in our city for people who can’t find housing,” Patrick Kennedy, CEO of Panoramic Interests, told CNNMoney. “We’ve resolved to do something about that and harness the efficiency and capital of the private sector with the goals of the public sector.”

Panoramic Interests hope to build their first structure, a four-story residence, in a parking lot. They expect the entire installation will take between four and eight months before completion. Kennedy is hoping to find a buyer for a project. Kennedy informed CNNMoney that he is hoping to either lease the MicroPADs to the city of San Francisco for $1,000 a month or for a private group to take over the development to house the homeless.

Over the next 3 years, Panoramic Interests aims to shelter 10,000 homeless Californians.