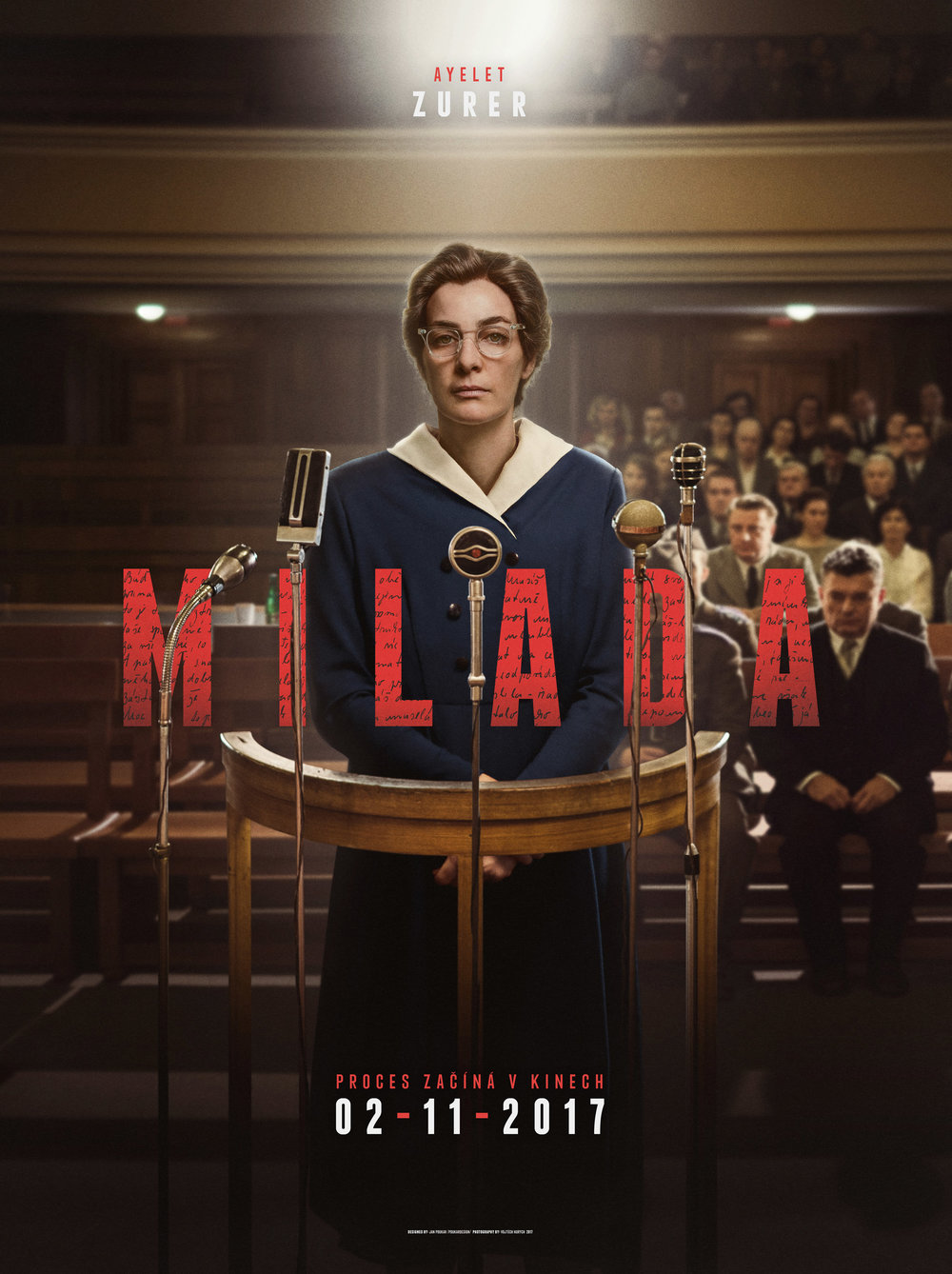 CZECH REPUBLIC—Milada Horáková was born in Prague on Christmas Day 1901. One could say she was a gift to her country, a lesson of integrity and honor; a true hero.

In her short, but powerful, 48 years she sacrificed her own personal happiness, love, professional career, and freedom to fight a bigger battle. She took a stand against an ugly regime…something many of us spoiled kids in America haven’t a clue about: Communism.

Both my parents immigrated to America for freedom and opportunity. They never stopped talking about how America was so different from their respective countries and how lucky I was to be born a citizen of this great country.

Meanwhile, my perspective was being established a little differently. I had the experience of being schooled in America by opinionated, domineering teachers. Most of them based their teaching on their personal beliefs, not facts. Private school wasn’t nearly as bad as the university, but it had its moments.

We were not taught about the history and consequences of socialism, communism, dictatorship and group-think mentality, we were often persuaded, pushed, manipulated and convinced that communism was not a bad thing, but capitalism is.

It wasn’t uncommon to have a teacher telling us how to vote on election day before I was even old enough to cast a ballot. I even received a bad grade on an essay for taking a political side that opposed my teacher’s position.

The screaming loud opinion of the Los Angeles’ educators is that the liberal way is the only way, but how ironic and hypocritical is that? Liberalism is supposed to be freedom of choice, but here it is about dictating our votes. We are taught that being a Democrat is what’s best…but is that really following the democratic way?

The educators would hit on our soft spots as young kids in school. Painting the picture in a guilt-like fashion. It was easy to do because when you repeatedly broadcast statements polarizing the rare case as if it was the rule like:

“You don’t want to ban abortion, because what about the poor girl who was raped and will have to live with the baby?” Or “Are you going to let male lawmakers decide what happens to your body as a woman?”

Instead of stating the more common truth:

“Millions of children die every month by abortion because of people’s carelessness of their own selfish desire and unwillingness to be responsible,” or “What if your parents aborted you?” or “Pregnancy is a consequence of your actions; no lawmaker is forcing you to have unprotected sex. Accept responsibility for your choices.”

Each position presented gives a completely different side of the story. This is only one random example.

Teachers don’t allow open and free thinking. They limit it. Then, they squash any idea that opposes the loud majority. They push us to take a stand for our position, but the position they want us to stand for is their position, not ours, because it wasn’t determined by our free thoughts, it was determined by manipulation of facts and stories.

This is America! We are supposed to have the freedom to vote as we choose, to speak as we want, to decide what’s best for us…but do we? That is the democratic way. Any other way is emulating Czechoslovakia 1940’s under the communist regime where you are persecuted for opposing the dictators.

Since I never really cared to understand politics, I went with the flow…until recently.

Milada was adamant about standing for her beliefs, but she was bullied for it and later executed for it. She was falsely prosecuted for thinking independently; very similar to the direction we’re going in America today.

Our very own FBI conspires against the president of the United States which is proven by actual documents and text messages, yet our very own media will not report these facts. Instead, they steadfastly push for President Trump to be prosecuted for something there is no proof of, even after they illegally spied on him, tapped his calls etc.. But for what? Where is the proof?

Even YouTube, Facebook, and Twitter are now censoring people’s opinions if it opposes the Anti-Trump movement and they think that’s okay. There are two sides to every opinion and we should hear both sides and be able to judge for ourselves. For most of my life I have stayed silent for fear of being attacked by the loud majority. I admit that I was a weak one, unlike Milada.

In a country where we are supposed to have free speech, teachers are using their position and tax dollars as a platform to push an agenda that is aligned with dictatorship and communism.  Celebrities lose their careers if they express their admiration for our president. The media will not tell you anything good about what is happening if it makes our current administration look good, their goal is to bash our president and everything else they can.

If you wear a MAGA (Make America Great Again) hat you risk getting attacked. Children can’t say they like their president or they get mocked, ridiculed and often bullied by the very teachers that are supposed to be eductating them. Conservative speakers are sometimes banned from campuses and others are often met with physical protests and bullying. This is all supported by the media, government officials, professors and politicians. How crazy is that?

When I was told to watch Milada, a film on Netflix, I thought it would bore me… and was yet another film to tell me how to think. I was sure it would have confused me and I wouldn’t have been able to follow it. However, it was quite the contrary. Not only was I pleasantly surprised that the film had probably the best acting I’d ever seen, as well as amazing sets and wardrobe. It also shows the contrary to what is normally shoved into our brains (while enjoying a movie).

However, I recognized many dangerous similarities to what we are experiencing in 2018: The corruption in the powerful system we have here: the silencing of free speech; the promotion of group-think; the media allowing only one side of the story; and the attacks on any individual that opposes the loud majority. It sure hit home; it resonated profoundly.

Milada Horáková was standing for the rights we so nonchalantly waive; freedom of thought, expression, and speech. She refused to go with the opinion of the mainstream. She saw the dangers in it. She sacrificed her freedom, her family, her health, and eventually her life, all for the sake of doing what was right.

She held her dignity, her self-respect and her honor until her last breath was taken from her in 1950 by execution by the communist regime which continued until 1989, but have we learned anything from this?

Today, while women are going to marches and fighting for free birth control, a false sense of equality and attention…they are missing the bigger picture. Our freedom of speech, our freedom to have an individual opinion and openly express it, in America is under attack. To fight for these freedoms you must allow everyone to be able to voice their opinion, even if you disagree with it.

Maybe it is far-fetched to compare 2018 America with 1949 Czechoslovakia, but we are not far off when it comes to the attitudes of the loud majority and the corruption in the highest levels of government. When we have the FBI, the Department of Justice, and other powerful officials tapping phone conversations, determining who our next president will be, or what is considered acceptable free speech, we are in danger of allowing history to repeat itself.

We must keep our freedoms and our free speech. We must be tolerant of all differences regardless if its mental health, gender preferences, religion, disability, race, and political association. We should not criticize someone because they believe President Trump is doing good things for America. We should be hoping and praying he will be the best President ever, because after all, the United States is our country.