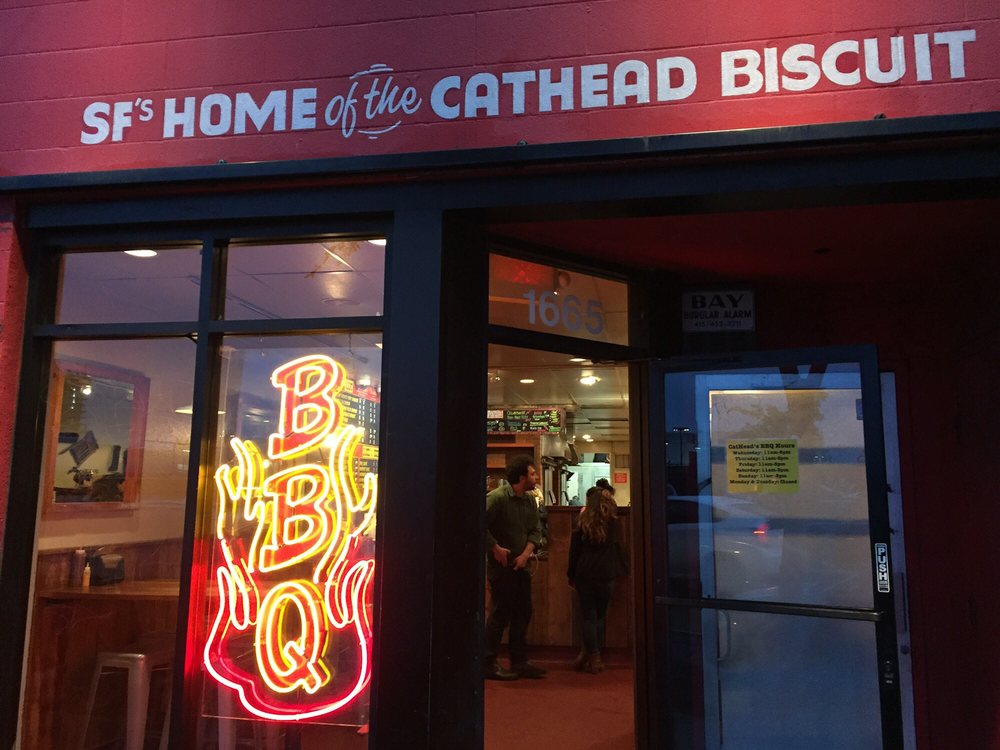 SAN FRANCISCO—Takeout and delivery orders were not enough to prevent CatHead’s BBQ restaurant located on 1665 Folsom Street in the northern Mission District, from losing the bulk of its business and ultimately closing permanently.

CatHead’s BBQ was featured on the Food Network, and has 1,875 followers on Instagram.  Owners Richard Park, and his wife, Pam, were inspired by their memories growing up in rural Tennessee and Michigan.

“We both grew up in rural areas, where family gatherings and potlucks were a routine occurrence,” Richard Park said in an email interview. Their restaurant’s food combined their memories of putlocks in their hometowns with San Francisco influences. “We based our barbecue off of these memories” with use of local San Francisco ingredients.

CatHead’s BBQ opened its doors in 2008, and closed officially after its last day of service on August 2, as announced on the businesses website.

Weekly income declined by 75 to 80 percent, relying entirely on takeout and delivery orders. Park estimated that the restaurant was earning around $8,000 to $10,000 a day before the shelter-in-place orders were announced, and has been since making around $2,000 a day.

1665 Folsom Street is on the former site of NBA Hall of Famer Nate Thurmond’s barbecue restaurant, “Big Nate’s BBQ,” which had a built-in barbecue pit. The site was sold in 2012 to CatHead’s BBQ.

A goodbye letter on the restaurant’s website reads: “It’s goodbye for now, but not for good.” Richard explained the purpose of his statement through email, saying that the restaurant has closed for good, but he and his wife intend to continue working in the restaurant industry.

“What I meant when I said ‘It’s goodbye for now, not for good,’ was we love cooking and want to stay in the restaurant industry. We just do not know in what form or when.”

Richard  moved to San Francisco from Tennessee in December 1995. Pam quit her job with the Michigan state government, with dreams of becoming a chef. They met in culinary school in 2004, and intend on staying in San Francisco to continue working in the restaurant industry.

“We are trying to come up with another concept in our chosen industry,” said Park, explaining his desire to plan for a new career in food service. “However, we do not intend to continue with BBQ.” During their search for a new space, they are “open to pretty much anything on a smaller scale.”

Due to the economic impact of COVID-19, and the high unemployment rate of 10.2 percent as of August 7, according to the Bureau of Labor Statistics, Park said he would do any job if he struggles to find work in his desired industry. “If things do not work out, I would do whatever I had to do job wise.”