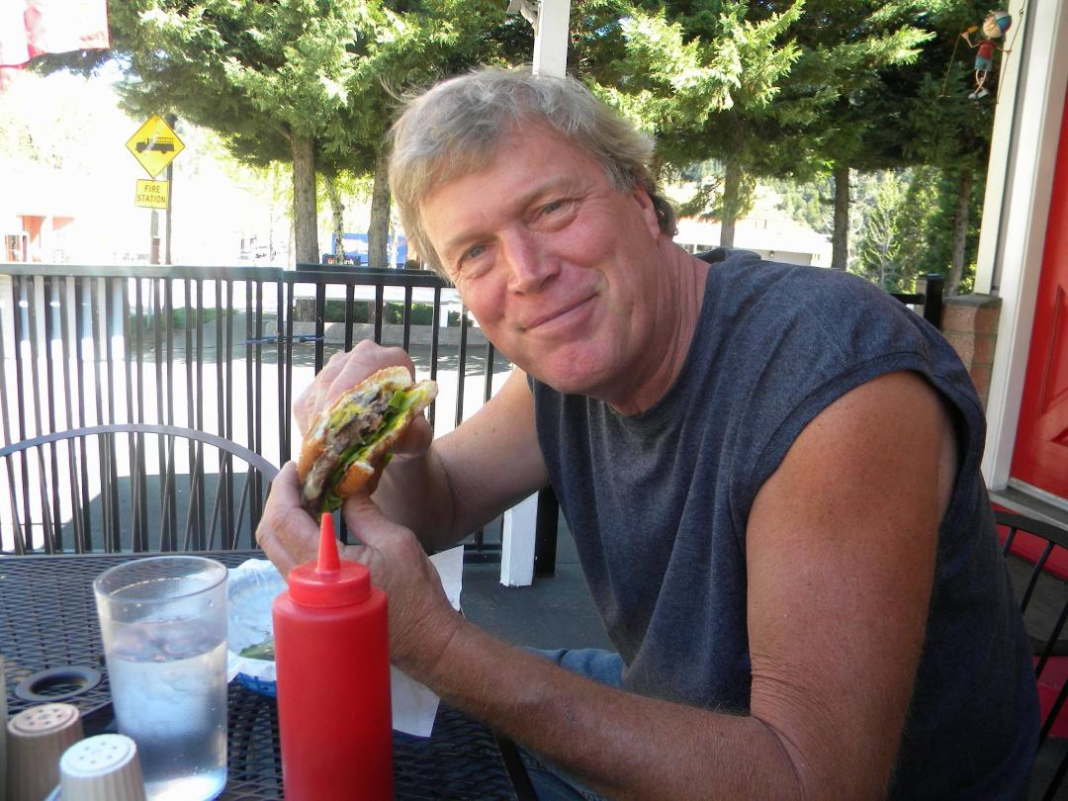 HELLO AMERICA!—Because when beginning my career I was fortunate to have some rather well respected members of the entertainment industry open doors for me as writer, actor, composer, director and the list goes on and on. It was quite an advantage for people such as Hedda Hopper, Bette Davis and even John Housman introduced me to some extremely powerful people in Hollywood.

As a result, while attending USC I would get writing assignments from national and local publications. Miss Davis didn’t hesitate to remind me that one should always be open to assist a fellow artist if one feels they have something worthwhile to offer. Remembering this, I quickly move to introduce those who genuinely show promise as artists in all fields of our business.

Therefore, when meeting young writer, Michael Richmond who has spent most of his life in construction and building things of all sorts, I asked if I might read one of his short pieces, I was eager to concur. Reading “Voices in the Night,” was reason to consider him special. His short story reminded me of French writer, Albert Camus, a brilliant storyteller who is remembered for his powerful work “The Stranger.” The character images, the simple mobility of action forging his tale forward is quite captivating. This is why I felt the need to share Michael Richmond’s short story with my readers. Please enjoy his “Voices in the Night.”

“I met a guy the other day I will refer to as Collin. He plays the horses and goes to the track seven or eight days weekly at Golden Gates Fields. However, if time permits he drives to Reno and gets the ponies there. The other night while sleeping, Collin suddenly woke up believing he had heard a voice in his room. It said “I’ll see you at the track tonight.”

The voice cut through the air like a razor. He looked around the room and saw nothing, yet, he was absolutely certain he heard a voice. Not wanting to miss an opportunity like this, Collin jumped out of bed and headed for the track. There was night racing at Golden Gate, which in his mind was more than just a coincidence.

After all, Friday is the only day they simulcast races at night. He felt certain that this was going to be the night that would be the big one. The first thing Collin did was the daily double. The next thing he did was lose the double. Three or four races later, and a couple hundred bucks lighter, He was broke. He was at the bar drinking his last beer, telling anyone that would listen, that he heard a voice commanding him to the track.

The people around him must have thought he was separated from his nurse. Collin was suddenly aware of a Racing Form at the bar which disturbed him even more. There was a horse, ‘Voice in the Night,’ in the next race, he knew was the winning horse! Only one problem, he had no money.

Any chance of borrowing money from his new found bar buddies was pretty slim. For curiosity sakes, Collin stuck around to watch the race. ‘Voice in the Night’ wins at 10/1. As Collin leaves the track, reassured by his visions, but not rewarded for them, he sees a familiar face who thanks him for the tip. Collin borrows cab fare from him and heads home for another sleepless night…”