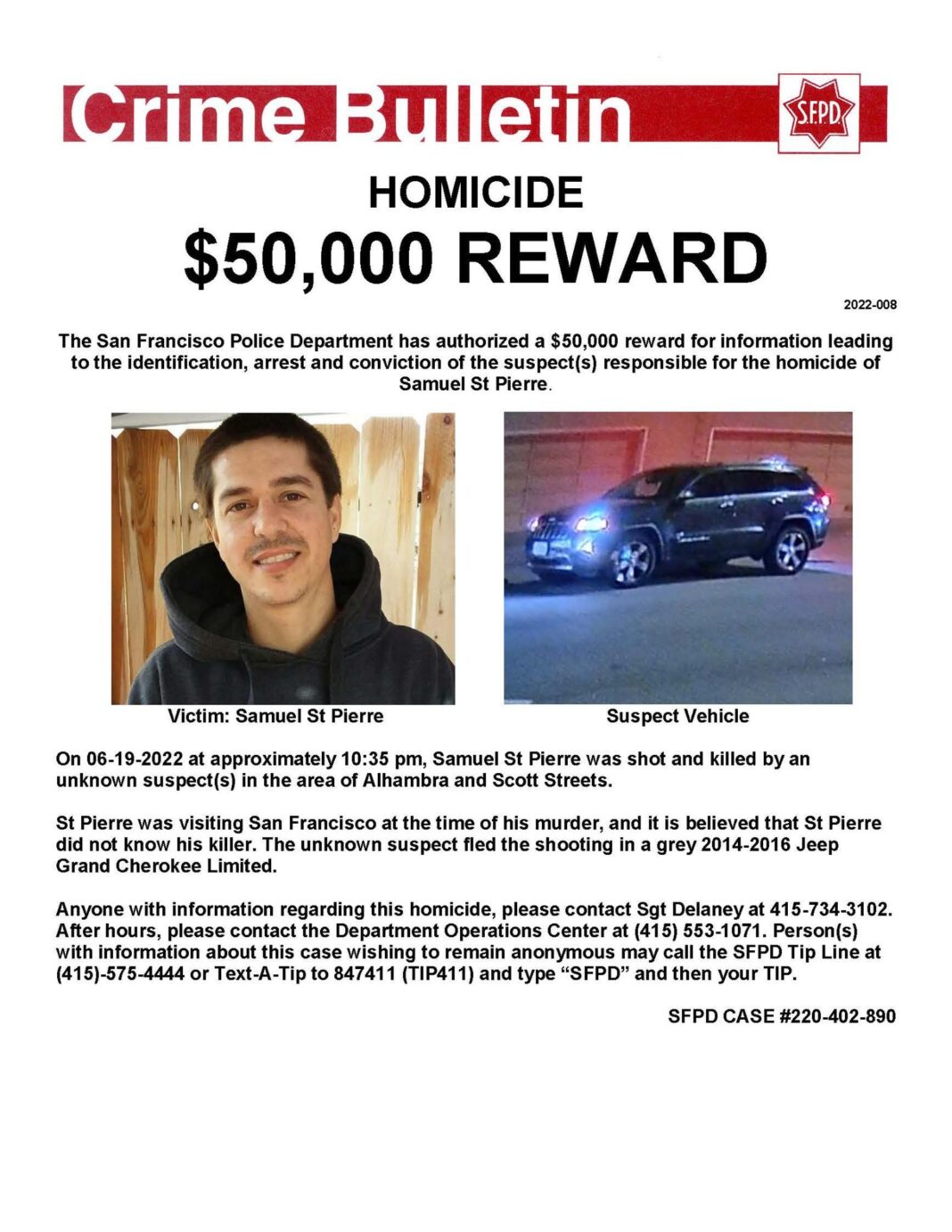 SAN FRANCISCO—The San Francisco Police Department are investigating a fatal shooting that transpired in the Northern District back in June 2022. The SFPD reported on January 10, 2023 that at approximately 10:35 p.m. on June 19, 2022, officers responded to Alhambra and Scott Streets about a shooting. Upon arrival on the scene, they found a male suffering from a gunshot wound.

Officers provided aid and requested medics to the scene who transported the victim to a local hospital with life-threatening injuries where they later died.

This investigation is being led by the SFPD Homicide Detail which has authorized a $50,000 reward for information leading to the identification, arrest, and conviction of the suspect(s) responsible for the homicide. The victim was identified as Samuel St Pierre, 32, who was visiting San Francisco at the time of his murder and is believed to not know his killer. The suspect fled the scene in a grey-colored 2014-2016 Jeep Grand Cherokee Limited SUV.

Anyone with details regarding the case is asked to contact the SFPD Tip Line at 1-415-575-4444 or Text a Tip to TIP411 and begin the text message with SFPD. Tipsters may remain anonymous.