SAN FRANCISCO—The San Francisco Giants kicked off their season on Thursday, April 1, along with 26 other Major League Baseball (MLB) teams. They lost to the Seattle Mariners, 8-7, after a walk-off walk by Jake Fraley in the bottom of the 10th inning.

Manager Gabe Kapler will enter his second year leading the team, after going 29-31 in the COVID-19, shortened 2020 season. Kapler is entering his fourth year as a manager. He served as the manager for the Philadelphia Phillies from 2018-2019. He has yet to lead his team to winning record, finishing 80-82 and 81-81, respectively, with his two seasons heading the Phillies.

The Giants finished in the middle of the pack of the NL West last year, ending the season in third place, behind the  World Series champions Los Angeles Dodgers, and the San Diego Padres, led by 22-year-old phenom Fernando Tatís Jr. In February, the star signed a 14-year, $340 million contract, marking the longest contract in MLB history. 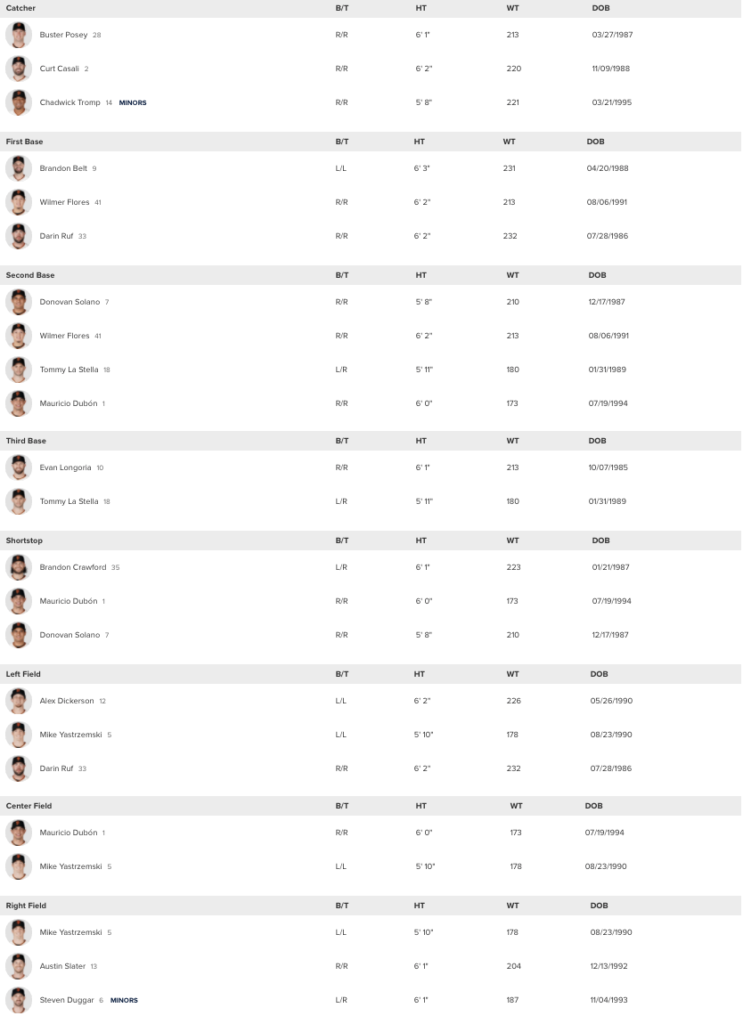 The organization announced on April 1, they will allow 22 percent capacity at Oracle Park, their home stadium which is about roughly 9,000 fans, until further notice from San Francisco’s Public Health Officer, Dr. Susan Philip.

“We are very excited and are looking forward to welcoming fans back home to Oracle Park,” Giants CEO Larry Baer said in a statement.

Fans over the age of 12 must provide proof of a negative COVID-19 test or proof of a full COVID-19 vaccination in order to gain entry to the ballpark. Test results will need to be received within 72 hours of fan’s attendance.

A fan will be considered fully vaccinated if they have had both doses of the Pfizer or Moderna vaccines, or the single dose of the Johnson & Johnson vaccine. Fans must have received their final dose at least two weeks before they attend to qualify as fully vaccinated. They also have to bring an electronic or printed copy of their completed vaccination card.

The stadium will be divided into 9 distinct sections that fans will be equally divided between and restricted to, for vendors, bathrooms, and entering and exiting the ballpark.

The Giants first home game is on Friday, April 9 against the Colorado Rockies.

“Survivor 42” Recap: ‘Caterpillar To A Butterfly’