SAN FRANCISCO—San Francisco Board of Supervisors Aaron Peskin and Jane Kim have set forth an ordinance that would create a permit system for dockless scooters. The ordinance would implement a system of fines imposed for non-compliant companies. If the ordinance passes, it would amend a pre-existing section of the city’s Transportation Code that would create a violation for any scooters that are parked, left standing or unattended on a city sidewalk, street or public right-of-way.

“Supporting eco-friendly modes of transit is forward thinking and necessary to relieve gridlock and reduce the number of cars on the roads,” said Supervisor Kim. “However, we must permit and approve e-scooter companies before they operate in San Francisco to ensure safety and good neighbor policies. We should remove these scooters immediately until we implement common-sense rules to keep people safe.”

The exemption from the new system would be scooters with an authorized permit. The permits would be garnered from the San Francisco Municipal Transportation Agency and the ordinance would allot the Department of Public Works the ability to physically remove the scooters found in violation of the new system. 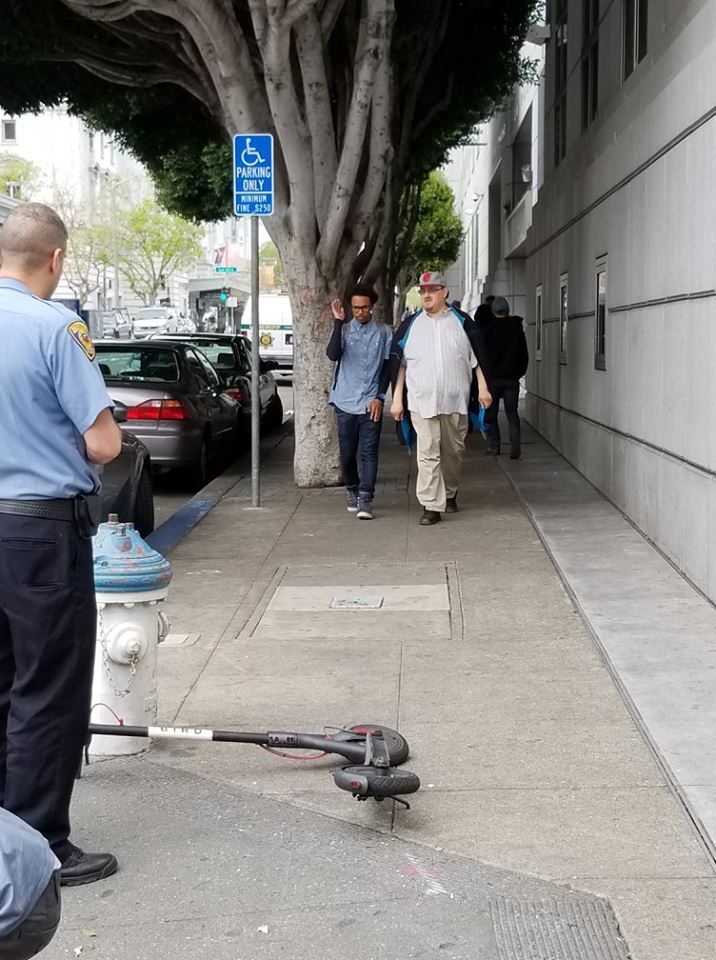 Walk San Francisco sent a letter to Bird, Lime and Spin, which are all currently operating in the city of San Francisco.

In the letter to Bird Rides Inc., Walk SF states: “I am writing to ask your company to take several steps to ensure that your dockless scooters operate in the best interests of the San Francisco public. Motorized scooters could be a viable part of the urban transportation system, but to realize their full potential, they must not negatively impact the most basic form of transportation that even your customers use before and after they scoot –– walking.”

“San Francisco’s sidewalks must remain a safe, protected space for people to walk. Suddenly, motorized vehicles are zooming along the sidewalks. That’s unsafe, and it’s illegal,” said Walk SF’s executive director Jodie Medeiros. “People walking on the sidewalk are getting hit by these scooters. The scooters are littering the sidewalks and creating hazards. We will not tolerate this.

“It’s possible these new vehicles could become a valuable part of the transportation ecosystem in San Francisco, but the companies that are putting them on our streets and sidewalks need to prioritize public safety,” said Medeiros. “The bottom line is, safety must come first.”

The ordinance is expected to discussed by the entire SF Board of Supervisors at the end of April.