SAN FRANCISCO—A rogue archer who attacked several men at a Richmond homeless encampment by the San Francisco Bay Trail has been arrested. The attack occurred on Saturday, November 9 at around 12:30 am. Authorities are calling the crime an “attempted murder.”

The suspect allegedly shot three individuals, but only injured two of them. Both shots were in the abdomen with a compound bow. The victims were left in critical condition and are in need of surgery. The suspect was described as a man with curly hair and was seen leaving the area on a purple bicycle.

The suspect, Addae Preciado, 22, from Albany was apprehended by police on Tuesday, November 12 at the El Cerrito Plaza BART station. Authorities were also able to recover the weapon used to commit the attack.

No details have been released regarding a motive for the attack. The East Bay Regional Park District Police Department is currently investigating the incident. They release the following state via their Instagram @regionalparkspd: 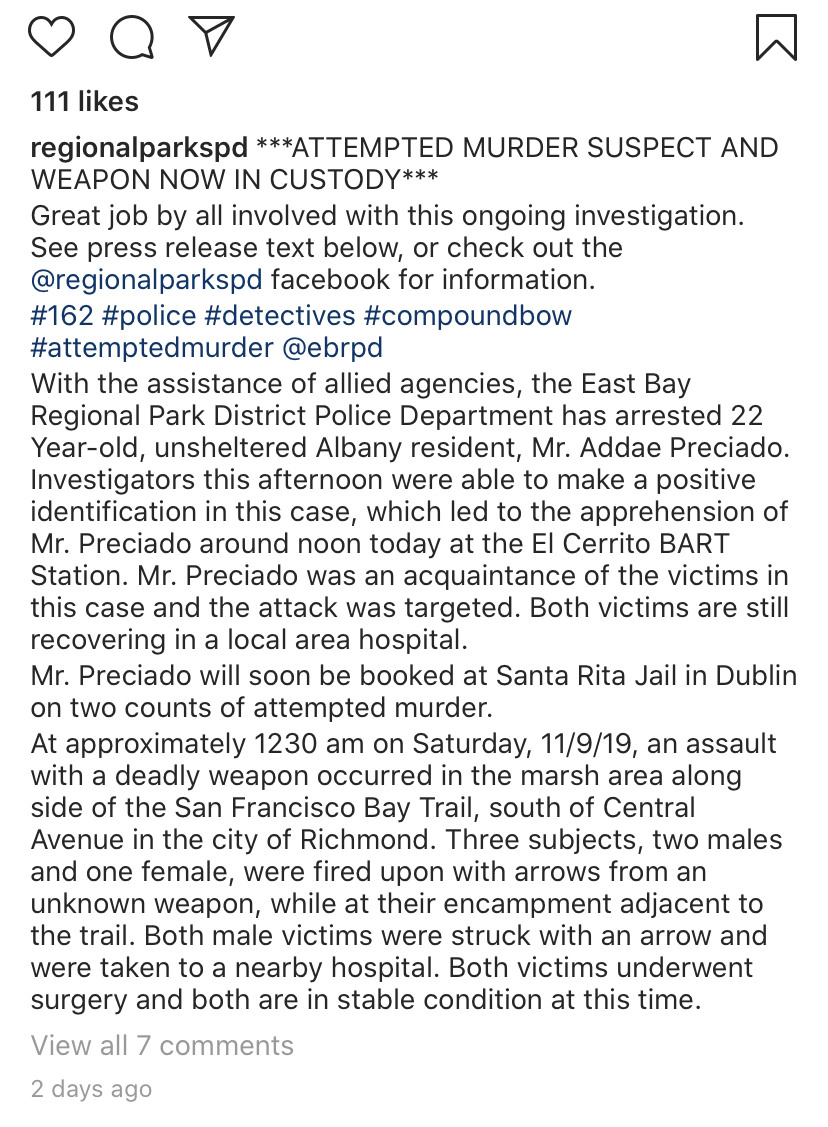