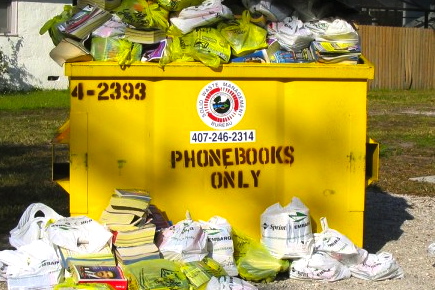 SAN FRANCISCO—The Ninth U.S. Circuit Court of Appeals ruled on Monday that Seattle’s law to ban phone books in 2010 violated the First Amendment. This decision appears to be a major setback for the San Francisco Board of Supervisors’ goal to forbid Yellow Pages distributors from delivering unsolicited phone books to citizens.

David Chiu, a San Francisco supervisor, championed the law with the intention to downsize phone book waste. Originally passed by the Board of Supervisors in May 2011, the ordinance was constructed as a three-year pilot program to keep phone books from sitting on resident’s doorsteps without permission. Instead, residents would have to be present and receive the phone book willingly or give approval to deliver by phone or mail beforehand.

The law’s progress was impeded when a trade group representing publishers of the Yellow Pages sued San Francisco in U.S. District Court. They alleged that the ordinance infringed on their First Amendment rights and demanded the law be overturned. The program was put on hold and has been in limbo ever since. Despite the legal precedent set by the Seattle ruling, supporters of the San Francisco ordinance remain strong, claiming that the phone books are unnecessarily piling up in recycling bins and landfills.