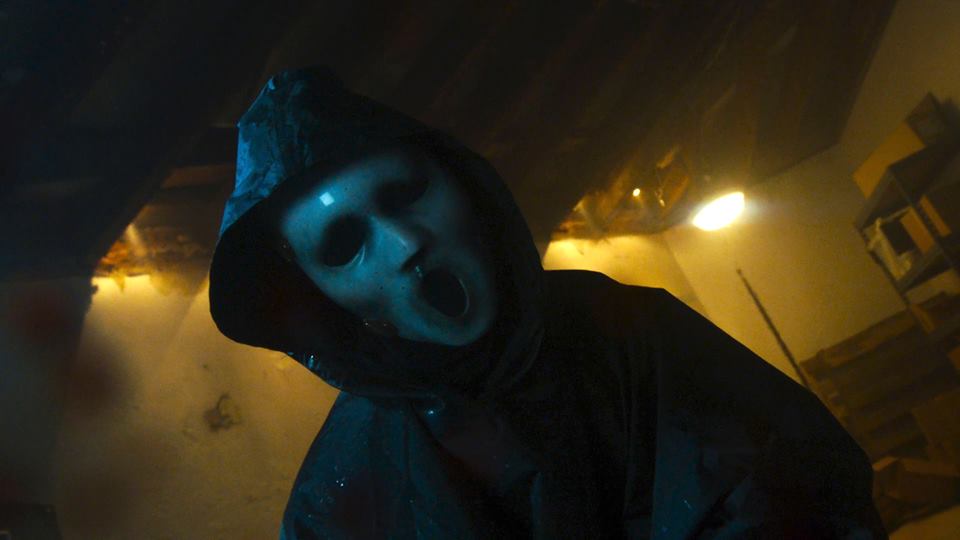 HOLLYWOOD—Last week, “Scream” set the stage for what is certain to deliver clues that are certain to give audiences an inclination as to who the killer or killers could be. This week’s episode ‘The Orphanage’ saw audiences get the vital clue as to a motive behind the killer(s). Emma was in utter shock as she discovered that Audrey was the culprit responsible for bringing Piper to Lakewood.

The episode opened with Emma stuck in a hallucination where she envisioned herself stabbing Audrey, Kieran and Noah. She is shaken from that dream sequence by her mother who was quite rattled by what she was witnessing. News spread like a wildfire that Audrey was responsible for Piper’s arrival to Lakewood, which did not sit well with Emma and Kieran. Emma even shoved Audrey, and Noah did his best to reason with his pals about the secret being revealed.

Noah did not send that recording, and the two realized that Zoe was the person who emailed that audio to Emma. Man, this episode is crazy, and its only 10 minutes in. Emma was frightened to listen to a recording left in her locker that was recorded by Ms. Lang. Hmm; I just realized that the message was written in lipstick, the same color of lipstick that Gustavo took from Brooke’s bedroom.

Noah was placed in a sticky situation, as a confrontation between Audrey and Zoe led to him discovering the girl that he liked betraying his trust. So Zoe didn’t send the audio, but she definitely raised a red flag in my opinion. Maggie divulged that second body in the house, was a clerk who worked at the hotel where Kevin was staying at while he was in town. Miguel divulged a bit about Gustavo’s past in Phoenix that led to his best friend being killed. That’s unfortunate; his own father questioned rather his son murdered his best friend and could be culpable in the latest murders.

Emma and Kieran decided to pay Ms. Lang a visit to get information on what she knows. Ms. Lang snapped when she saw Emma, is this just a ploy or is there more going on here the audience doesn’t know about? Emma and Kiernan peeked at a card left for Ms. Lang, a bunch of daisies that were courtesy of Piper. That prompted Kieran to sneak into the drawer and steal Ms. Lang’s keys. Gustavo decided to show up at his father’s place of work right after he left, and decided to comb through his dad’s files regarding the latest Lakewood murders.

He was not happy to see that his father had a file on him. Meanwhile, Noah, Zoe and Audrey discovered that the email address pointed right back to Zoe (she could have been set-up), but its apparent Noah was going to do all in his power to defend Zoe vs. his best friend. Finally, Noah and Zoe took their relationship to the next step, he’s no longer a virgin people, so does that mean he’s going to die?

Kieran and Emma broke into Ms. Lang’s home where they discovered photos of Ms. Lang and Piper when they were kids. Ding, looks like we got that one shred of evidence we’ve been looking for people. Noah realized that the killer has been secretly listening to everything that has transpired inside his room. Noah divulged that Piper and Ms. Lang were raised at a mental asylum, and it was time to visit the place to get further clues.

Gustavo broke news to Brooke that Jake was planning to burn down a building for her father, which prompted Brooke to lash out at her father for his secret dealings. Audrey attempted to confess her words in a letter to Emma, but found herself having trouble, just as the killer gave her a ring threatening Noah’s impending death and inviting her to a party. The gang soon discovered that the killer might have interrupted their intended plans by throwing a party at the Blessed Sisters facility.

Audrey was panicked that she might not reach Noah in time, and things turned for the worse with everyone wearing Brandon James masks. Why the hell would Zoe and Noah think it would be wise to shut off the electricity when a killer is running on the loose. Emma realized that Hayley is possibly working with the killer who is using her and she has no idea whatsoever. If that girl bites it, I would not lose any sleep to say the least. And as I predicted Hayley met a grisly demise courtesy of the killer (who based on that scene, is a MALE)!

Emma and Audrey discussed specifics about the killer setting them up, just as Noah and Zoe turned off all the power. Emma and Audrey bickered as the killer sent a text to both of them warning that Noah and Kieran were both in danger. Surprise, surprise, Gustavo suddenly arrives at the party. Both ladies stumbled into a room where tons of pictures of Piper were plastered on the walls, before they came face-to-face with Piper’s body!

It became apparent to Audrey and Emma that the killer wants revenge for their involvement in Piper’s murder. Emma divulged to Sheriff Acosta that Hayley could be entangled with the killer. Gustavo paid Brooke another visit as the two hooked up yet again. Miguel was stunned to find Hayley’s body hanging from inside from a wall inside the building. Ok, next week looks to be setting the stage for the death of possibly a beloved character, and that teaser seems to deliver what many fears. So who will die? Until next Tuesday “Scream” lunatics!