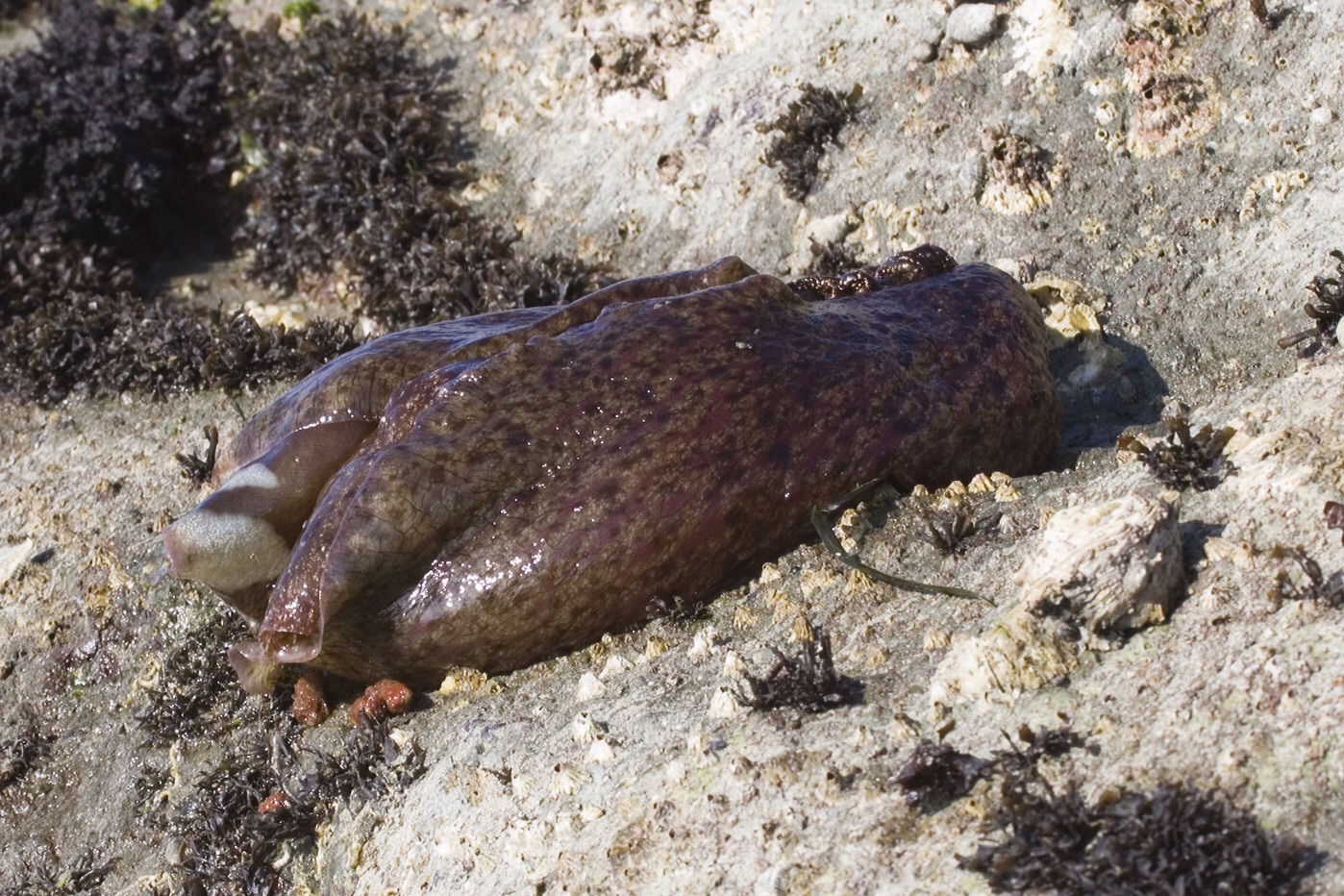 The slugs, known as California sea hares, have been especially abundant in Crab Cove in Alameda and Miller Knox Regional Park in Richmond. Lake Merritt in Oakland and Tomales Bay in Marin County are also among some of the notable locales that have been affected.

“We are getting calls from the public asking what the heck is this big weird purple blob,” said Carolyn Jones, a spokeswoman for the East Bay Regional Park District. “It’s native to our area. It’s not endangered, but they are rarely seen other than an occasional one here or there.”

Though the sea hares can grow as large as 30 inches in length and 15 pounds, the ones that have been discovered in the East Bay have not been fully grown.

Though a precise number has not been drafted for the giant sea slugs, they have been spotted in groups as large as a dozen or more, a phenomenon that has allowed local beach goers to marvel at their size and brilliant coloration.

The sea hares, though full of ink, do not present any harm to humans.