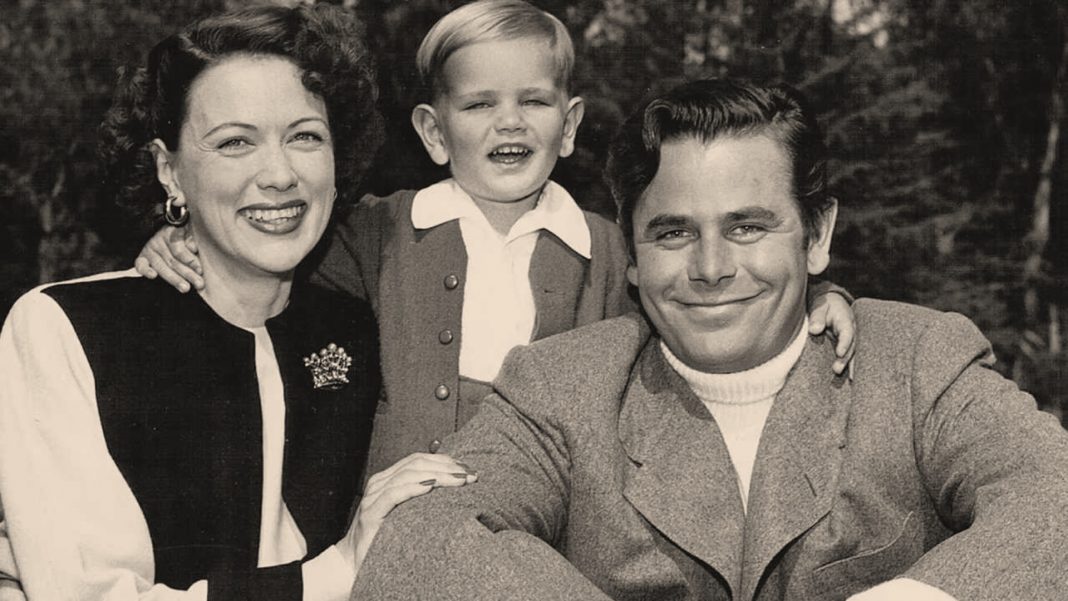 HELLO AMERICA!─It is getting to that special time of the year when we’re ready psychologically and physically to deal and or celebrate Thanksgiving, Xmas and Rosh Hashanah. Opposing parties are putting away their weapons of hurt and disapproval and try songs of peace, love and respect; they try to understand that is where the real power lies.

I remember one Thanksgiving; Glenn Ford and his son Peter were not seeing eye to eye on several issues of life. Because I had a very close relationship with Glenn and Eleanor Powell, I attempted to bring them all together again. The biggest challenge was dealing with Glenn who was always determined to be recognized as the general of the family.

There were times when he and I allowed our tempers rise to a level of no return, but always realized what friendship is all about. Knowing how much Glenn cared about his family, I decided to call him and let him know how sad Peter and Eleanor were feeling because it would mark the first time that they, as a family, did not celebrate Thanksgiving.

After all, Glenn’s mom always had a special place at the table setting and she wasn’t feeling her best. It was important for her to see everyone she loved gathered like the old days. Even though Glenn yelled at me for a few minutes, refusing to given and allow Peter get away with a few things he disapproved of, he after I expressed my feelings about the family crisis, he finally gave in, but made it clear that he wasn’t going to be the brunt of any of their jokes.

Thanksgiving at the Ford mansion turned out being a total comedy! Several of Glenn’s studio buddies showed, along with his PR guy, Bob Crutchfield. Glenn’s mom in her usual seat of Queen, while Glenn took his place at the head of the table as Peter and his mom sat quietly at the opposite end wearing very tolerant expressions, barely responding to whatever subject Glenn would broach. The other guests could easily see things were not exactly on a peaceful level between the Ford family; anytime Peter or his mom requested for something on the table, it was “Mike, would you please hand me the gravy, potatoes or biscuits” or whatever and I would smile warmly and go along with the game while the other guests looked totally baffled as to why the game was being played.

Of course, as expected, by the end of the evening, everyone gathered in the living room area around the piano and began singing ol’ favorites which affected the ambiance of the family celebration immediately. Eleanor even was convinced to get up and give a taste of her legendary dance moves. That alone was something special, indeed! When recalling the old days while so many iconic artists were around roaming the streets and being a part of the magic known the world over, one realizes how normal all these exciting people were in real time.   Just very lucky folks simply trying to experience happiness, something that is always a challenge, no matter who or what we are.