SAN FRANCISCO—The San Francisco Police Department is asking for the public’s help to locate the suspect involved in an assault that transpired on May 7. The SFPD reported at 3:13 p.m. they replied to a report of an assault that occurred at Desmond Street and Sunnydale Avenue.

Officers arrived on scene and met with the victim who stated that she was walking by herself near Sunnydale Avenue and Bayshore Boulevard when she saw an unknown male yelling incoherent statements and acting erratically. The victim attempted to cross the street to avoid the male, but the male appeared to follow her. The victim, concerned for her safety turned around to get away from the individual. 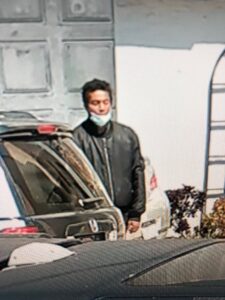 During the attack, the victim heard someone’s voice call out. The suspect stood up and fled from the scene on foot toward Sunnydale Avenue and Bayshore Boulevard where a witness lost sight of him. Responding officers searched the area for the suspect, but did not locate him. Medics arrived on scene and treated the victim for injuries sustained during the attack.

The suspect is described as a male, between the ages of 25 and 29 years old, standing approximately 5 feet and 11 inches, weighing 150 pounds and with black hair. He was last seen wearing a black jacket and black pants.

SFPD Investigators are requesting the public’s assistance in finding the assault suspect. Anyone with details on his location or the incident is asked to contact the SFPD at 1-415-575-4444 or Text a Tip to TIP411 and begin the message with SFPD.