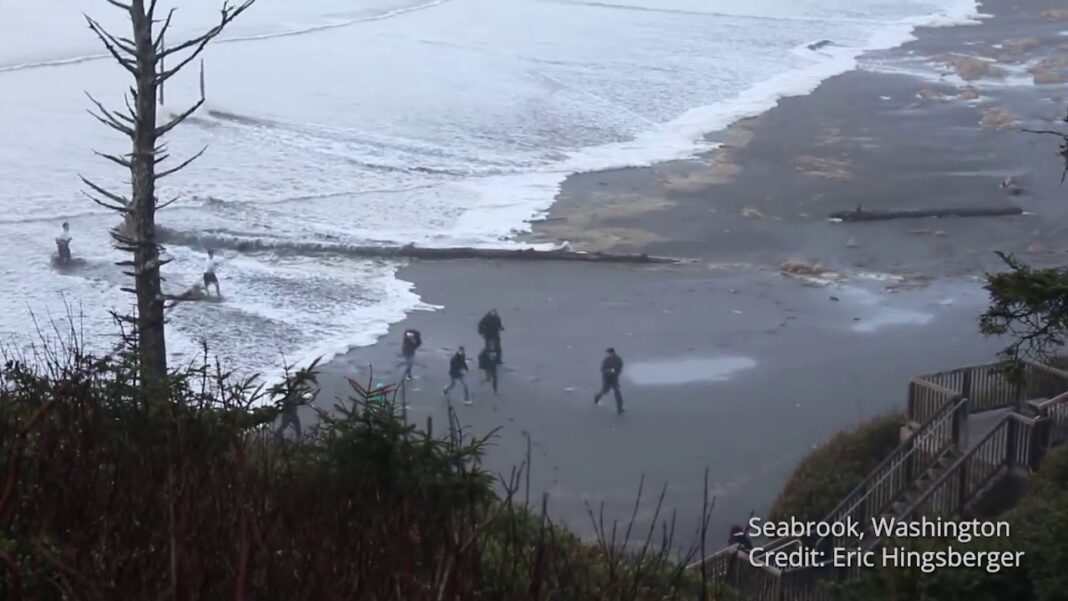 The National Weather Service forecasters said that sneaker waves are named for their ability to “sneak” up on people and pull them into the sea, “Sneaker waves often catch people off guard and knock them into the ocean. Rip currents can pull swimmers and surfers out to sea. Large breaking waves can cause injury, wash people off beaches and rocks, and capsize small boats near shore.”

Forecasters believe these beaches will experience waves that will reach heights of 6-9 feet every 20 seconds. “Initial swell heights of 1 to 2 feet at 23 seconds is expected increasing the risk of sneaker waves. Monday morning wave heights of 6 to 9 feet at periods of 18 to 20 seconds are expected, with most favored northwest facing beaches at 10 to 12 feet.”

Officials want people to avoid going into the water. For example, in January in the state of Oregon, a man and 2 children were pulled into the ocean by a sneaker wave. According to a local newspaper, The Oregonian, the man was pulled out of the ocean unconscious, but alive. The girl was recovered by search crews, but she later died. As for the boy, even though crews searched for him, they never found him. The National Weather Service said the waves were about 25 feet high.

In case a swimmer should be trapped in a sneaker wave, the National Weather Service said to “swim parallel to the coast to escape.” Forecasters also have issued warnings about fishing from rocks or jetties. It is also not advised to stand on logs on the beaches because sneaker waves can roll onto the beach and carry it out to sea.

Winter Annuals Are Moving In