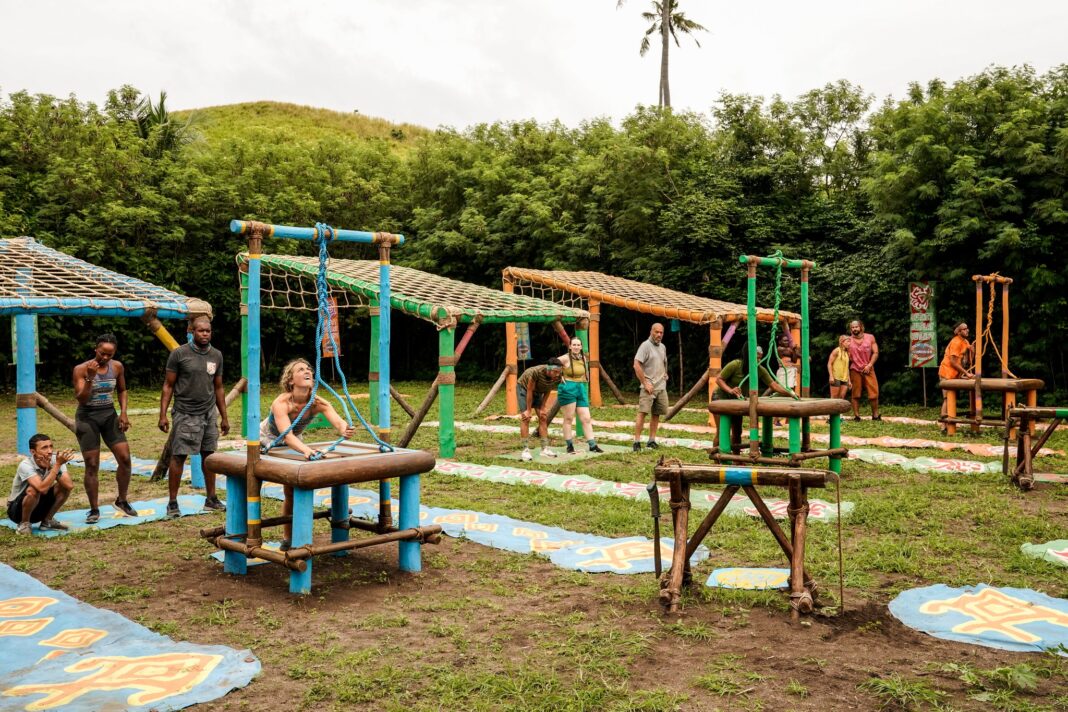 HOLLYWOOD—I really am enjoying the latest season of “Survivor” it has a dynamic group of characters and we’re seeing things constantly shift amongst the three tribes. This week’s episode, “I’m Survivor Rich’ saw another dynamic twist in the game, as Rocksroy realized he was at the bottom of the foursome at Ika, and Tori made it clear she has NO INTEREST to work with Rocksroy. Yeah, a merge is coming people, and unity is going to be key to survival!

Over at Taku, Maryanne was starting to annoy Jonathan and the same with Lindsay. He just wanted a little bit of peace and quiet. I can feel for the guy, I mean someone chatting nonstop would get on my nerves also people. He decided to go fishing, and Maryanne was being a bit dramatic and I will admit she is getting annoying people. As Omar noted, Maryanne is needed for his survival (an idol and extra vote) makes a difference when you’re outnumbered people.

Over at Vati, it was apparent that no one trusts anyone. Chanelle and Daniel are attempting to rebuild, as Hai realized targeting Chanelle is a better option than Daniel. I wonder how Mike will feel about that. Daniel has been utilizing his limp arm to not compete in swimming challenges, yet he was fishing. Romeo and Drea starting to realize an idol was out there and decided to start looking for it. Um, you think people! Drea found the ‘Beware Advantage’ not realizing that the idol is dangerous if all three people are NOT echoing the same phrase people.

Yeah, Drea you are “Survivor” rich, the amulet, the extra vote and an idol, I guess its good Romeo is her ally and Drea knows Maryanne has the idol, but Mike is still being stubborn about keeping his idol secret till the merge. However, you have to make it to merge first, otherwise this is all for nothing. We get our next Immunity Tribal, Maryanne says her phrase, Drea says her phrase and Mike notices that and decided to utter his phrase, so all 3 idols are NOW ACTIVE people!

Well again Taku is safe, and Ika are safe, meaning Vati is headed back to Tribal Council and Chanelle and Daniel were on the chopping block. Hai wants Chanelle out and something tells me we might see a blindside coming at this TC. Mike wants Daniel out, and Chanelle wants him out. This is looking like a 3-2 vote and I’m not certain where things will fall people. Lydia is off to that journey with Rocksroy, where she could risk her vote and if she does that it will cost her dearly people.

Lydia and Rocksroy was doing their best to feel each other out to see what information they could obtain. They both stayed silent on the matter people. So much for the suspense, both Rocksroy and Lydia decided to protect their votes people.

At Tribal Council, Daniel and Chanelle coyly threw each other under the bus. Hai and Lydia made it clear that trust is everything to them. Chanelle did seem worried people, and I wonder if another Shot in the Dark is going to be played people. No, no shot in the dark people. Whoa, we have a tie, 2 votes for Daniel, 2 votes for Chanelle, and 1 vote for Mike. I suspect Lydia voted for Mike, and just like that we have a revote and with two votes Daniel was sent packing.

So with each tribe having ONLY 4 members apiece I assume the merge is next week, but I seriously hope we don’t have that hourglass twist like last season; that’s not a fair twist people and it leaves a player screwed in a way that is so unfair. Until next week “Survivor” fanatics!