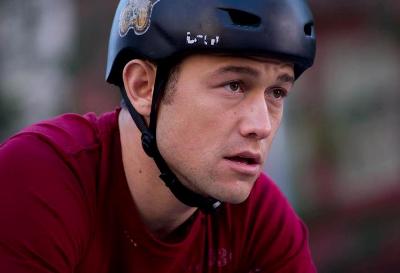 HOLLYWOOD —With summer slowly coming to an end for most of us; let’s face it, there’s really only one more weekend left.   Next week college students head back to campus, the following week we have Labor Day and then everyone will either be back to work mode or in school.   This weekend sees a bevy of what many consider pictures not expected to draw huge crowds to the theater being released.

First up we have the suspense thriller “Premium Rush” starring Joseph Gordon-Levitt as a bike carrier who finds himself taking on a mission he wish he hadn’t.   He is tracked through the busy streets of New York City by Michael Shannon, a copy determined to get his hands on the package.   From the looks of the trailer and TV spots some amazing stunts will be done with the use of a bicycle, but note none of these tricks should be tried by children or those who are not skilled.

For those looking for a good scare this summer, look no further than Warner Bros. “The Apparition” starring “Twilight” alum Ashley Greene.    The supernatural thriller follows young couple Ben (Sebastian Stan) and Kelly (Greene) who find themselves the target of a supernatural entity that they conjured during a parapsychology experiment.   The premise of the picture indicates once you believe the apparition’s presence you die.   It seems fairly familiar to a few Japanese horror hits that were Americanized, “The Ring” and “The Grudge.”    Whether the picture has enough thrills to scare the box-office will be tested this weekend.   The movie also stars “Harry Potter” alum Tom Felton.

For those that missed “The Expendables 2” last week, this weekend would be the perfect time to catch the flick or perhaps the musical “Sparkle” is on people’s list.   For the family, there’s “ParaNorman” as well as the touching “The Odd Life of Timothy Green.”   So there’s plenty at the multiplex for audiences this weekend.