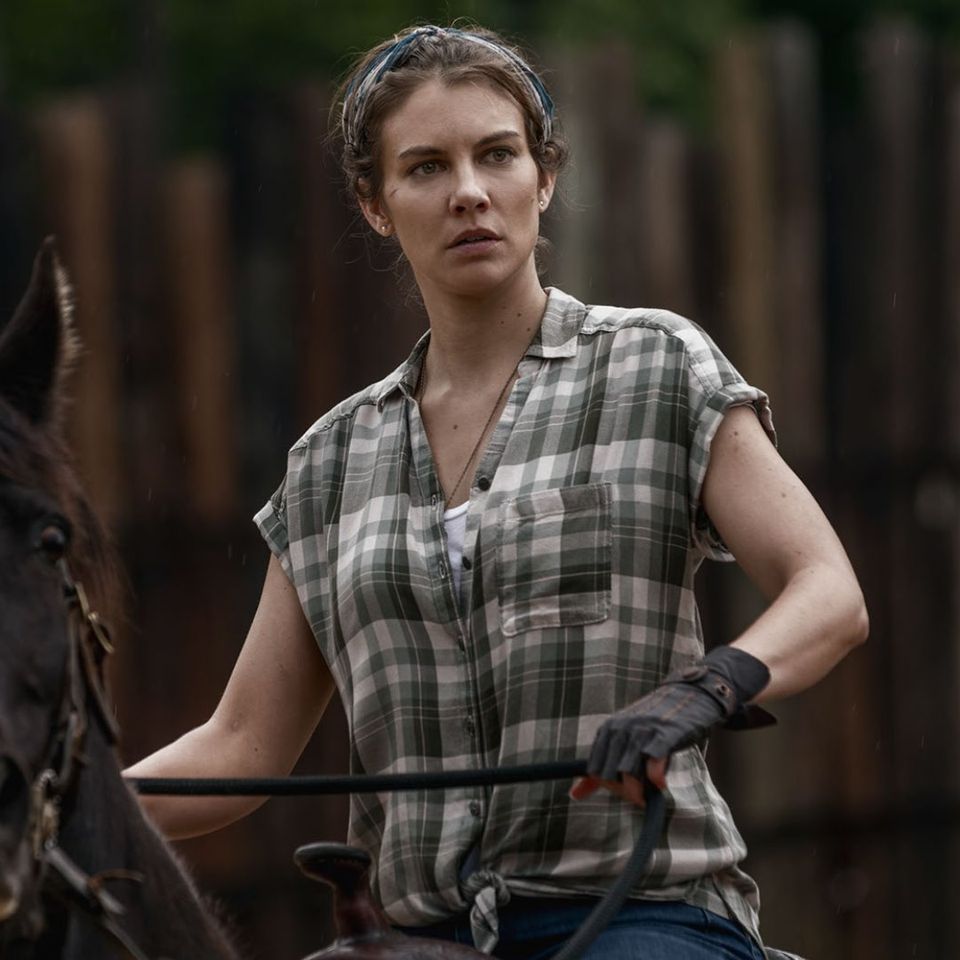 HOLLYWOOD—It has been so long since we’ve discussed the AMC series “The Walking Dead” I cannot remember when we last discussed that semi anticlimactic cliffhanger involving the Whisperers and our protagonists. Well, the wait is over, as the series returned this week with that conclusion to that gripping cliffhanger for the season 10 finale with the episode, ‘A Certain Doom.’ Beta was out for blood after learning that Alpha had been dispatched and that The Whisperers had been hoodwinked in the process.

I mean it was beyond a horde of walkers invading the hospital where our heroes were planning to hide out, so the thought of escape just seemed impossible. Gabriel was busy preparing everyone for an impending war that could change everything. Daryl, Carol, Judith and Kelly made their way to the hospital as the walkers got closer to their descent.

Virgil ventured to Oceanside, which was vacant, just as Aaron and Alden fended off walkers, we saw the return of Maggie, yes that Maggie people who has been MIA since the end of season eight people. Eugene was injured on their trek back with Yumiko, Ezekiel and the newly acquainted Princess. Eugene please for the love of God, stop with the incessant whining. It is just too much. Luke devised a plan to utilize equipment to create enough sound to redirect the walkers. Carol is still facing the heat for her actions to go after Alpha that placed so many lives at risk, while also leading to the deaths of so many others.

Lydia extended an olive branch to Carol who was in desperate need of a friend or an ally if it’s even possible to say that at this point. So just like the Whisperers our Alexandrians, Hilltopians, Oceansiders, reformed Sancturians and Kingdomers utilized walker blood and masks as a disguise to ensure their mission was a success. It was ballsy and damn risky to say the least. The first step of the plan was working, but there is always a drawback people. I would be petrified, I mean petrified to walk in a horde of walkers of that magnitude and not think something could go wrong.

Magna, Carol, Daryl, Jerry, you could see the fear on all their faces, just as a whisperer attempted to infiltrate, but from a distance they were taken out by our protagonists as Beta realize they were under attack. The herd was getting tighter to prevent escape. With walkers headed upstairs the fight for survival intensified to prevent entry to protect the children and the good guys. Our main crew made it out of the herd, but Carol and Beatrice were still navigating their way. Beatrice found herself attacked by a Whisperer, which led to walkers devouring her body. Ugh that was a brutal death to say the least, but there was nothing Carol could do to save her as a Whisperer took that backpack, but it was actually Lydia wearing her mother’s mask.

As the sounds started to play, the walkers retreated to a new direction, which did NOT make Beta happy to say the least. The music was being played into the hours of the night, which made watching the show that much harder to decipher actually what was being witnessed. Whisperers started to make leeway and started to interrupt the music and flow as the Whisperers destroyed the equipment.

Lydia was willing to sacrifice her life to lead the horde to a grisly demise, just as Gabriel was ready to sacrifice his life to protect Judith and the others. Daryl went to war on the Whisperers, particularly Beta as he and Negan launched two knives directly into his eyes and took out the villain. Yes, that is correct, Beta is dead and it was brutal to say the least. However, all that fear from Gabriel and the others, was at the hands of Maggie making her way thru to dispatch the Whisperers, walkers and to reunite with her friends in the process.

It was so difficult to see Lydia leading this herd to the cliff, but out of nowhere CAROL came to risk her life to ensure everyone else was safe and that the walkers met their demise. Noooooooo, this cannot be happening America, Carol cannot go out like this, but it looks like she was ready to risk it, but Lydia grabbed onto her hand and refused to let her risk her life. OMG, I love Lydia America, this girl is proof of reform, just as the walkers continued to tumble over that cliff in massive numbers.

So after nearly two seasons, the war with the Whisperers has finally ended, and to see Maggie back in the foray was so awesome because I forgot how vital of a character she was to this war that is never-ending. Lydia and Carol returned to make it known that eh herd is done, happy hugs all around, but I sense with 6 minutes remaining all is not going to end well people, there is always a surprise in the mix and that worries me. I mean when have we had a “Walking Dead” season finale where a major character or stunning moment doesn’t leave the audience gasping for air or saying WTF just transpired?

Wow, Connie, who we all thought was dead, awoke, and stumbled, but came face-to-face with Virgil before passing out. Will he save her? In other news, Princess, Yumiko, Eugene and Ezekiel arrived at their destination Eugene had touted to meet the mysterious Stephanie. No one was there, but it was apparent that they were not alone. The lights flashed and they dawned upon what looked like a bunch of Stormtroopers, so someone tell me what the hell just happened? With that said season 10 is in the books, and the question we all want to know is when season 11, the final season will kick off and considering this show has no mercy for its main characters, who will make it out alive? Guess we will find out in early 2021.