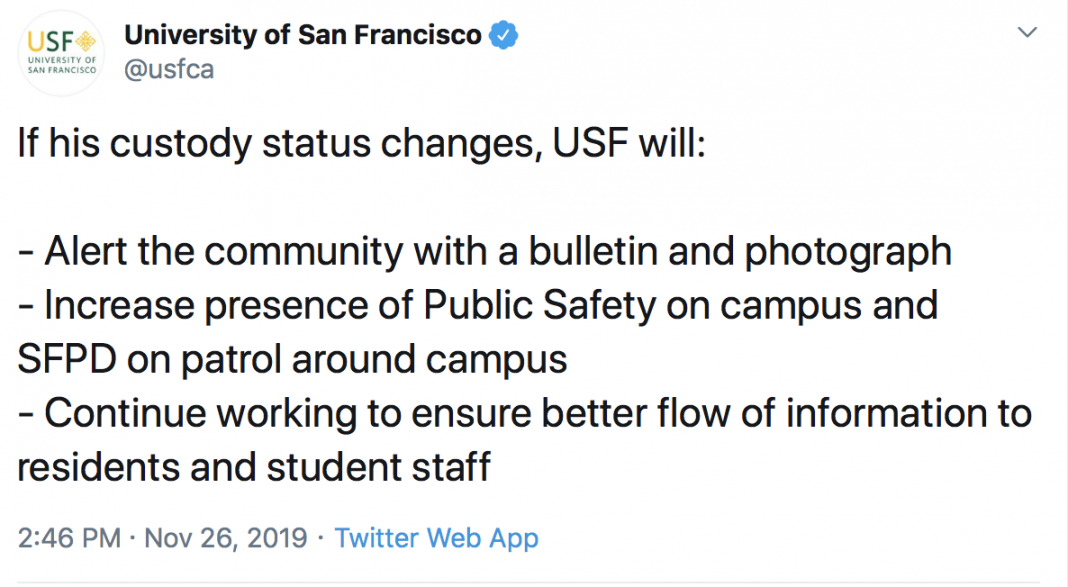 SAN FRANCISCO—Authorities arrested a University of San Francisco student who allegedly made threats to two other students on Sunday, November 24.

The San Francisco Police Department worked with university officials to investigate the situation. Berg was not in his dorm when authorities arrived to question him. Officers returned to the university’s campus after a threat of a shooting on campus was made later that day.

After spotting Berg, authorities detained him around 7:30 p.m. on Monday, November 25. He was arrested and charged in connection with threats made online and on campus. A few hours later around 10 p.m. Berg was released on bail. Officers from the SFPD were securing the campus and the residential halls after the arrest.

According to a statement by the university, the student was re-arrested on Tuesday, November 26 for carjacking.

USF actively posted updates via  their Twitter page to inform students and community members of the situation. There were no reports of any injuries to authorities or the public during the incident.