The incident occurred near a seawall at Marina Green. The SFPD released images of the floating car. 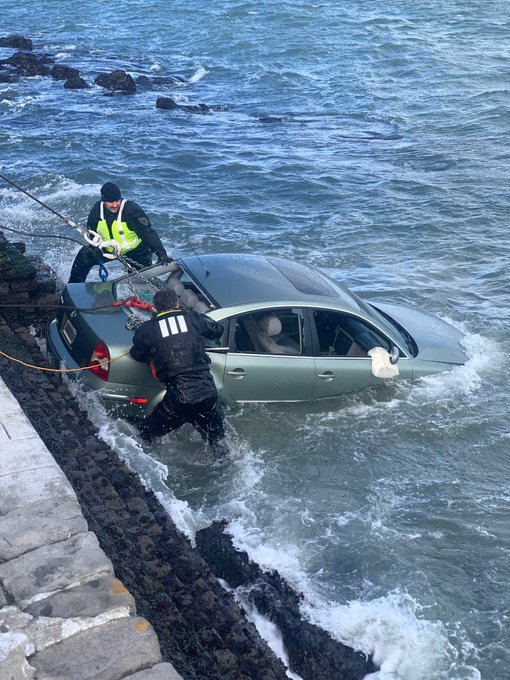 Only the driver was in the vehicle at the time of the incident. The San Francisco Fire Department responded first to the scene, rescuing the driver from the frigid bay waters around 9 p.m. on Sunday. The car floated by the seawalls until the marine unit could attach cables to the vehicle to drag it back to the street.

The car is a green Volkswagen Passat. Authorities stated that the driver did not seem to have any impairments. There were no injuries sustained by anyone involved.