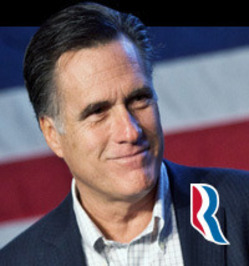 COSTA MESA, CA—Republican presidential candidate for the 2012 election, Mitt Romney, is undergoing backlash after a remark he made that was captured via a hidden camera.

During a closed-door fundraiser in May in Boca Raton, Florida, Romney stated that, “47 percent of Americans do not pay taxes, believe they have an entitlement to extensive government support, and continuously see themselves as the victim. My job is not to worry about those people. I’ll never convince them they should take personal responsibility and care for their lives,” he said in the video.

The video was posted on Monday, September 17, on Mother Jones magazine’s website and went viral soon after. The unscripted moment has been compared to President

Barack Obama’s statement during the 2008 campaign at a private fundraiser in San Francisco. Obama had stated to his wealthy audience that many people from depressed rural areas would “cling to guns or religion or antipathy to people who aren’t like them.”

Romney made a late-night news conference on Monday in Costa Mesa, California, to answer questions about the content of the video.

“It’s not elegantly stated, let me put it that way,” Romney said. “I’m speaking off the cuff in response to a question, and I’m sure I can state it more clearly in a more effective

way than I did in a setting like that and so I’m sure I’ll point that out as time goes on.”

However, he added, “It’s a message which I am going to carry and continue to carry” and the words were reflective of his “core convictions.” He went on to say that the video was only a portion of the question and answer session and his full response would make the overall statement more understandable. Mother Jones has disagreed with this statement, as they have posted the full-length video of 49 minutes. On Tuesday, September 18, the magazine posted via their website that he “was not snippetized and that

he was captured raw and uncut.”

“My campaign is about helping people take more responsibility and becoming employed again, particularly those who don’t have work,” Romney said. “His whole campaign

is based on getting people jobs again, putting people back to work. This is ultimately a question about direction for the country. Do you believe in a government-centered

society that provides more and more benefits or do you believe instead in a free enterprise society where people are able to pursue their dreams?”

Democrats were not the only ones who criticized Romney’s statement. A number of Republicans did not agree with what was stated in the video.

“I disagree with Governor Romney’s insinuation that 47 percent of Americans believe they are victims who must depend on the government for their care,” said Linda E.

McMahon, the Connecticut Republican candidate for Senate, in a statement posted on her campaign website. “I know that the vast majority of those who rely on government

are not in that situation because they want to be.”

To watch the 49-minute video of Romney’s response, go to Mother Jones’ website.