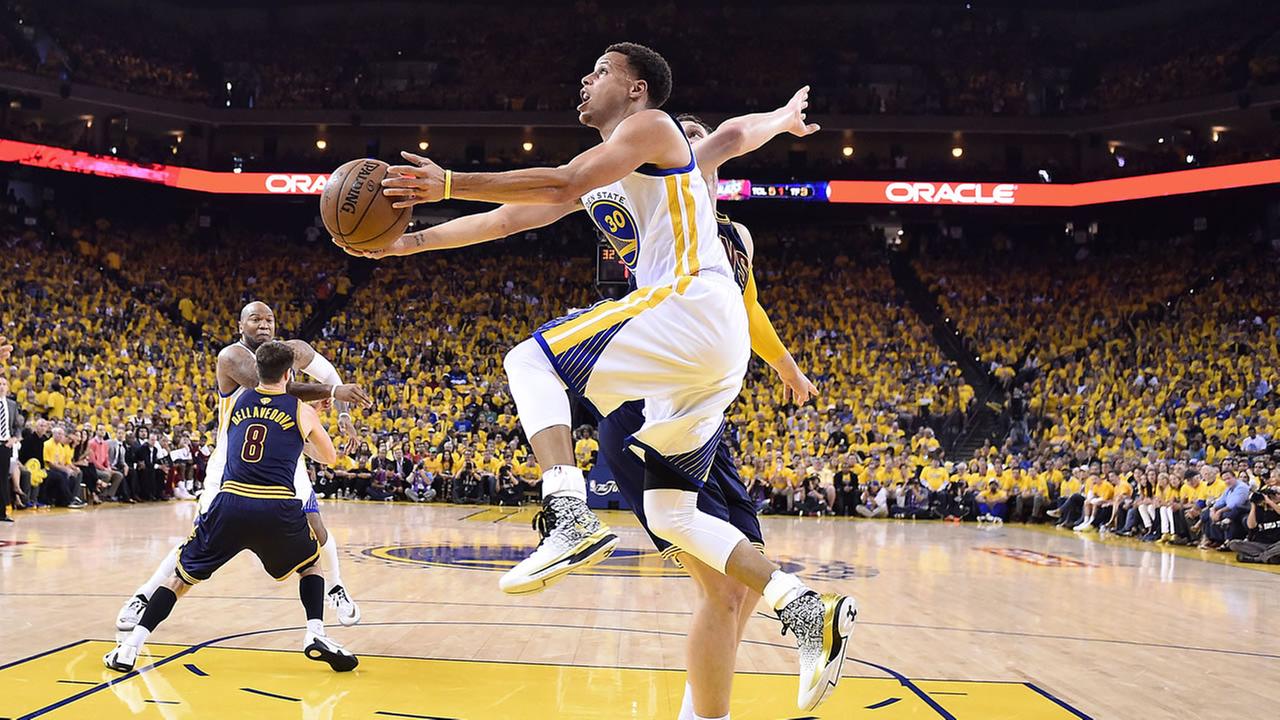 OAKLAND—LeBron James’ candid emotion as the buzzer sounded Sunday night, revealed to the world all it took for his team to win on the road inside Oracle Arena.

The four-time league MVP’s honest celebration projected a sense of triumph and relief all in the same moment after earning a 95-93 win over the Golden State Warriors in Game 2 of the NBA Finals.

So, what exactly did it take for the hometown hero to win the first ever NBA Finals game for his franchise?

“Everything,” said James moments after the games end. “I just tried to give it all to my teammates and they do a great job of giving it back to me.”

“Total team effort; very emotional win right here. With everything we’ve been going through for us to tough it out like this. To be able to come back and even the series is big time.”

Matthew Dellavedova, a starter only because of Kyrie Irving’s injury, had the decisive points, making two free throws with 10.1 seconds left in overtime after getting fouled while grabbing an offensive rebound.

The most impressive stat of the night, however, regarding the former St. Mary’s point guard is what he accomplished defensively for the Cavs. His smothering defense led to one of Steph Curry’s worst shooting nights of the season.

The league MVP made only 5 of 23 shots and was 0-8 with four turnovers going against Dellavedova. He finished the game 2 for 15 behind the arc, setting a new Finals record for most missed three-point shots.

Even fellow splash brother, Clay Thompson, had to create the majority of his team-high 34 points on his own, draining step-back and fade-away midrange jumpers most of the night.

“We’ve got a good game plan in place for how we want to defend,” Cavs coach David Blatt said. “And our guys are really, really, really locked in and defending and making an effort and making multiple efforts on every single play. … And that is the only way to play against the Warriors, because they’re so potent offensively and they can put up points so quickly and in a multitude of ways that you have no choice but to be aware or get beat.”

The Warriors, known for their high scoring outputs thanks to a free-flowing offense designed by head coach Steve Kerr, have yet to score over 100 points on their home floor in two tries so far during this series.

They were outrebounded 55-45, limited to 22.9 percent shooting from three-point range and had more turnovers (19) than assists (16).

“We haven’t played well offensively in two games. We’ve made some plays when it counted and when it mattered to keep ourselves in it or, like we did in Game 1, win the game,” said Curry. “They’ve done something that maybe has taken us out of our rhythm, and we have to figure out what that is specifically.

“But I think we’re still confident. We still believe that we’re going to win the series.”