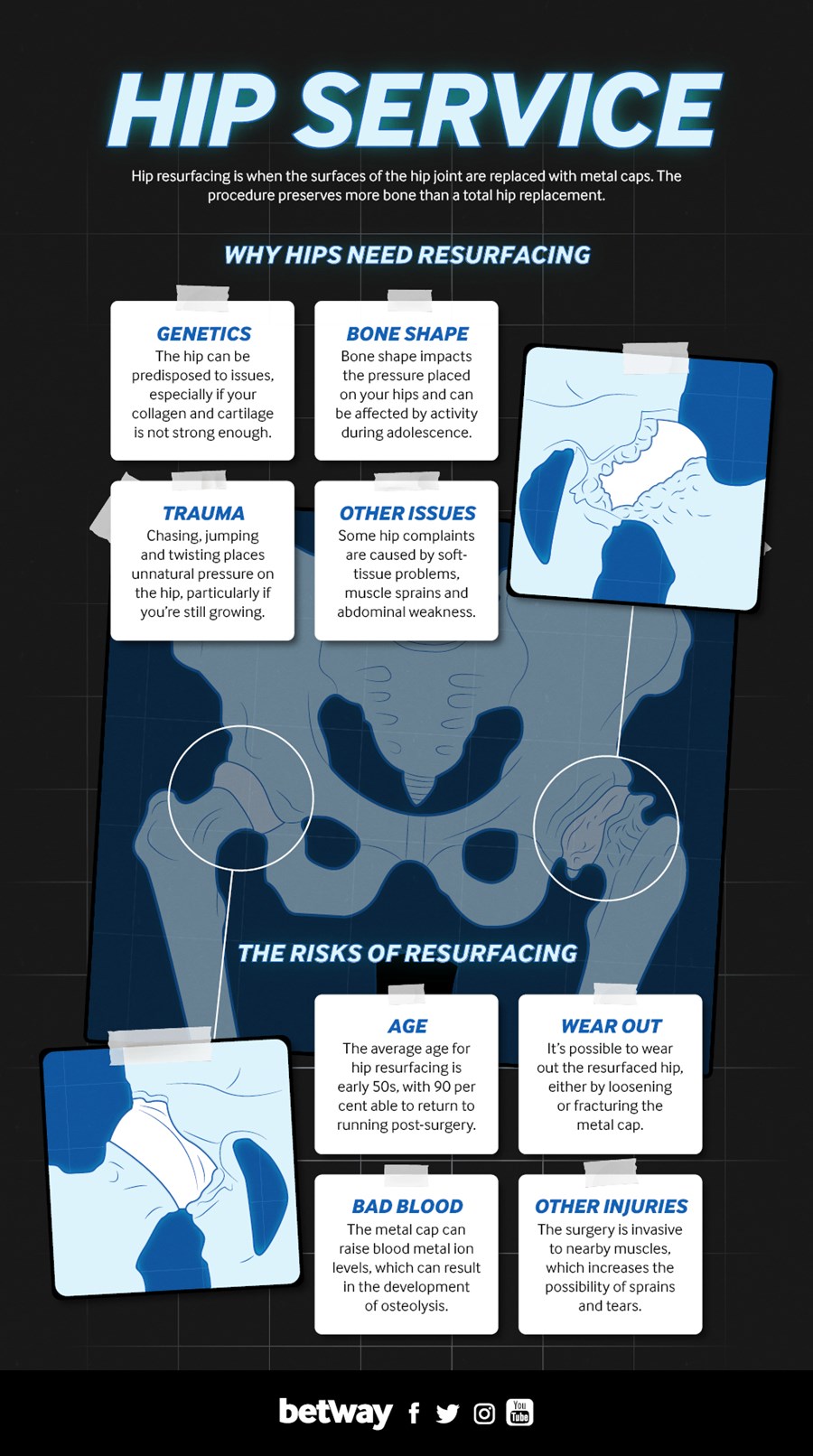 UNITED STATES—Hip surgeons Winston Kim and Adam Hoad-Reddick discuss the challenges posed by tennis superstar, Andy Murray, 32, regarding an operation that is known to be performed on individuals over the age of 50.

Murray has had an illustrious career winning three Grand Slams, the 2012 U.S. Open Final against Novak Djokovic, and a Wimbledon champ in 2013 and 2016. He won two Olympic gold medals in 2012 and 2016 and the 2016 ATP World Tour Finals. Murray started playing tennis at the age of 3 and played in his first tournament at the age of 5. His oldest brother Jamie is also a professional tennis player.

He missed out on the Canadian Open and Cincinnati Masters in 2017 because of a hip injury and losing his No. 1 rank to Rafael Nadal. The injury forced him to withdraw from the U.S. Open in 2017. Murray has played against tennis greats including Djokovic, Nadal and Roger Federer. The athlete is known for his defensive style of play.

“My hip was always on my mind because every single step I took was painful. I don’t think I realized how much it was affecting my general well-being and happiness,” said tennis star Andy Murray.

That’s how Murray described the worst 18 months of his professional career to the Telegraph earlier this year, after ranking from No. 1 in the summer of 2017 to world to No. 214 in June 2019.

The diagnosis was an early onset of arthritis in his right hip, with the pain so damaging, in the end Murray appeared to announce his imminent retirement ahead of the Australian Open.

That is why the Scot went under the knife for the second time at the end of January to undertake a hip resurfacing, a procedure known as a “last resort” by leaders in the field.

“There is no turning back from now,” says surgeon Winston Kim, from Manchester Hip & Knee Clinic.”It was clearly a very carefully considered decision. He will have had an awareness of the intended benefits of resurfacing.

“If it fails, the next option would be a hip replacement. I’m sure he didn’t take the decision lightly; the vast majority of hip surgeons would be nervous about performing a hip resurfacing because of the potential risks, particularly in such a young, elite athlete,” Kim added.

Hip resurfacing, involves the implantation of a metal cap onto the ball of the hip joint and a metal socket into the ‘cup’ of the hip joint, divides opinion among surgeons.

The medical risks of a ‘metal on metal’ procedure have been heavily debated, especially for an individual of Murray’s age with ambitions to play top-level sport again.

“It’s slightly controversial, who should be having a resurfacing and whether it’s a better thing or not,” says Adam Hoad-Reddick, a hip surgeon at the Alexandra Hospital in Cheadle, Manchester.

“Fit young men who want to get back to impact activity are one sub-group of patients who probably benefit from hip resurfacing, but that’s balanced with the risk of metal wear leading to raised metal ion levels,” Hoad-Reddick added.

There is evidence that particularly high blood metal ion levels can result in osteolysis, the destruction of tissues around the joint.

“He wants to be able to play again, so he’s doing something relatively risky,” says Kim. “The average age for resurfacing is in the early 50s, so a 32-year-old elite athlete wanting to return to playing tennis at the highest level within four months is in unchartered territory.”

“Research says that 90 per cent of runners in their early 50s who undergo hip resurfacing are able to return to running,” Kim added. “That’s just runners and I’m not even giving you a time frame, and it’s still just a 90 per cent return.

Murray’s success, featuring three grand slam titles and two Olympic gold medals, has been built on an innate determination to respond to obstacles.

With the chances of a full recovery uncertain, those characteristics may be a hindrance, rather than helpful.

“It’s incredibly important, in terms of willingness to return, to be determined and strong mentally,” said Hoad-Reddick.

“But it could be a negative. Will he ignore niggles and pain that he should be listening to more? If you push on and push on, you may end up in a chronic situation where you fail to fully recover,” he added.

“I wonder why he’s chosen to come back at four-and-a-half months, rather than say: ‘I’m not going to play at all this season, I’m going to try and fully recover and come back as a doubles player next year.’”

While acknowledging that the people advising Murray will be industry-leading, Kim is surprised that the Scot is aiming to return to action at Queen’s in June, less than five months after surgery.

“Naturally, surgeons are cautious,” he says. “Lots would say: ‘Take it easy, maybe think about six months’ time.’ “One should consider what the worst-case scenario is,” Kim added.

“If he rushes his recovery, the danger is that he sprains a muscle around the joint, which results in tearing a muscle. He has to balance those risks, it’s a very difficult call,” said Kim.

A full return to professional tennis is possible. American doubles player Bob Bryan reached the quarter-finals of the Australian Open and won the Miami Open this season after having his hip resurfaced in August 2018.

“There is no pain, that’s the crazy thing,” Bryan, who Murray described as his ‘bionic brother’, told BBC Sport in April.

“It looks like he [Murray] is doing really great. It’s kind of how I felt after surgery – it felt like there was no hip.”

By definition, physical requirements of doubles players are less demanding on the body than singles players.

“It’s probably not the playing that’s the problem,” Hoad-Reddick says. “It’s the hundreds of hours on court and in the gym to maintain his fitness and keep his level up.”

“The physical exertion and cost to his own body will be less if he’s training to do doubles rather than singles. You don’t need the same level of fitness,” he added.

It is a relief to hear Murray playing down the importance of rushing back to action.

“I don’t need tennis to be happy anymore,” Murray said in the same the Telegraph interview. “I’ve realized what’s important.”

“He was struggling to do even basic things,” said Kim. Those things included sitting at the dinner table, playing with his kids, and putting on his socks. “It sounds like it’s been a great success in terms of addressing the pain. It was obviously a quality-of-life decision,” he added.

Murray’s philosophical outlook, rather his fierce competitiveness, will ensure he has the best chance of making more memories on the court without risking his long-term health.

Some of the information from this article was taken from Betway.