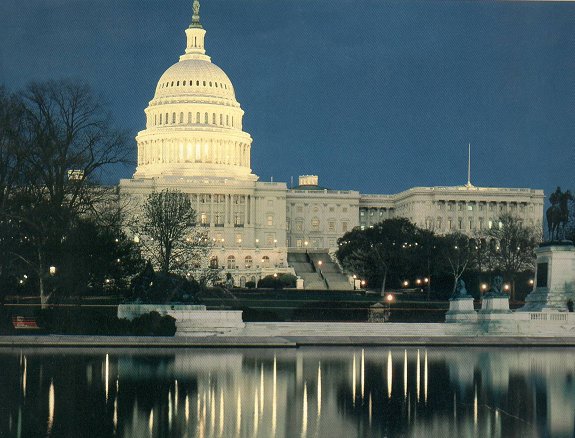 UNITED STATES—The U.S. Capitol was on lockdown after what appeared to be, supporters of President Donald Trump breached security and entered the building on Wednesday, January 6, shortly after  1 p.m. The U.S. Senate was in session, with Vice President Mike Pence presiding to handle the voting of the electoral votes for the U.S. Presidency.

Pence had just begun to accept the voting counts of the Electoral College from each state. He got as far as Arizona, when objections were raised. Soon after, Trump supporters breached the Capitol building.

Pence was evacuated by Secret Service and several senators were sheltered in place underneath their desks. 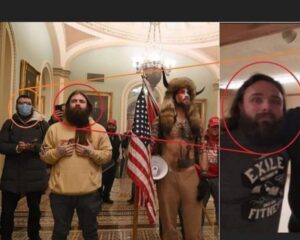 Canyon News spoke to an Army National Guard Veteran whose expertise was in identifying terrorists.  The guardsman shared pictures on social media and labeled them “Deception and Psychological Warfare.”  When asked if he thought if it was Antifa dressed as Trump supporters the guardsman answered, “I’m sure some extreme right are involved but this is mostly the left, a ‘flag swap’ if you will.”

The photograph reveals swastika tattoos on the hands of the men in the photograph on the left. Video showed men fighting and breaking into the Capitol building in helmets and were trying to fight the police. Windows were broken, officers were attacked as supporters of the POTUS entered the Capitol. Members of Congress and the Senate were taken to a secret location for safety. A woman, who has not yet been identified was shot and killed inside the Capitol. 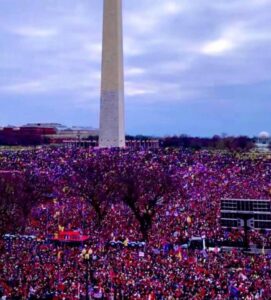 Thousands of Trump supporters have been in Washington D.C. for days for the Save America Trump rally.

Prior to the scheduled rally, Washington D.C. Mayor Muriel Bowser ordered a citywide curfew from 6 p.m. on January 6 through 6 a.m. on January 7. During the curfew, no person may walk, bike, run, loiter, or motor by car or any other mode of transportation on any street, alley, park, or other places within the District.

On December 31, 2020, Mayor Bowser reportedly requested U.S. National Guard troops to be activated to the area to offer support to local law enforcement with a total of 340 troops deployed.

President Trump spoke at Wednesday’s rally ahead of the Senate Session for the Electoral College count.

I am asking for everyone at the U.S. Capitol to remain peaceful. No violence! Remember, WE are the Party of Law & Order – respect the Law and our great men and women in Blue. Thank you!

According to President Trump’s press secretary, Kayleigh McEnany, President Trump made the decision to deploy additional National Guard Troops. The Pentagon reportedly sent out a statement announcing the deployment. “The D.C. Guard has been mobilized to provide support to federal law enforcement in the District.”

Virginia Governor, Ralph Northam announced  that he was sending additional National Guard troops into DC on Wednesday afternoon. There was no threat to VP Pence.

Pence sent out several tweets at 3:35 p.m. indicating that while a peaceful protest is a right, an attack on the Capitol building will not be tolerated.