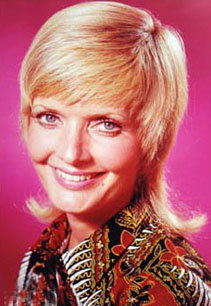 Henderson, who resided in Beverly Hills, had not shown any physical signs of illness in the time leading up to her hospitalization on Wednesday, November 23. Three days before her passing, Henderson went to a live taping of “Dancing with the Stars” to support her former “Brady Bunch” co-star Maureen McCormick, 60. Henderson previously competed on the show in 2010. At 76 years old, she was one of the oldest contestants to hit the dance floor.

An Indiana native and graduate of New York City’s American Academy of Dramatic Arts, Henderson starred in a number of famous musicals throughout the 1950s. She made her Broadway debut in 1952 as The New Girl in “Wish You Were Here.” Other notable credits include Laurey in “Oklahoma!” and the title role of the musical “Fanny.”

Henderson was pursuing musical theater when she was cast as Carol Brady in the sitcom, “The Brady Bunch,” which made its television debut in 1969.

When the show ended its original run in 1974, Henderson continued her acting career throughout the next three decades. She made numerous guest appearances on shows including “The Muppet Show,” and 2000s, “Whose Line Is It Anyway?”, “The Ellen Degeneres Show,” and “30 Rock.” She also started her own cooking show in 2013.

Henderson’s family members, including her four children, son and daughter-in-laws, and five grandchildren, were present during her final moments.

“Brady Bunch” co-stars Maureen McCormick and Barry Williams expressed their condolences on Twitter. Plans for a funeral for the actress have not yet been disclosed to the public.

“Queen Sugar” Recap: ‘Be And Be Better’