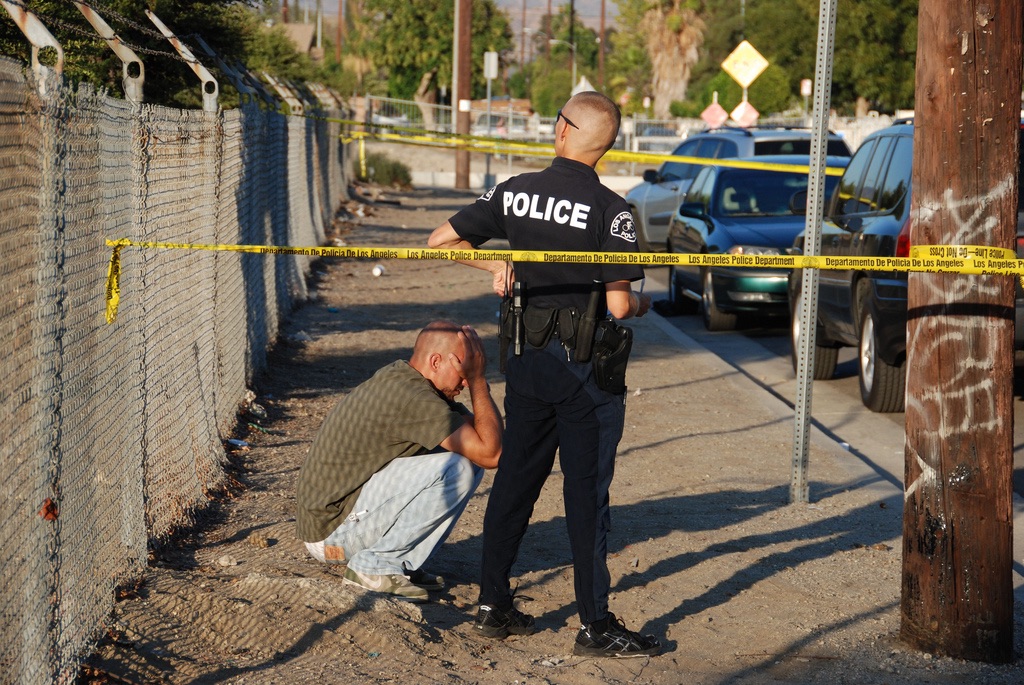 SAN FRANCISCO—Following a shooting on May 4 in San Francisco’s Bayview District, two fleeing suspects were identified and apprehended by law enforcement.

Olujimi Mabrey and Michael Essick, both 26, were arrested on firearm and gang-related criminal charges after abandoning a car at the crossing of Keith Street and Oakdale Avenue at approximately 6:25 p.m.

Though Mabrey and Essick failed to flee from police, a third suspect successfully evaded arrest.

Two firearms and shell casings were recovered from the shooting scene. Though no bodily injuries were reported, one vehicle was damaged by gunfire.

Essick and Mabrey were booked on suspicion of participating in a criminal street gang, felony gun-related charges and resisting, obstructing and delaying a peace officer.

Mabrey was additionally charged with evading an officer with willful disregard.

Anyone with information pertaining to the identity or whereabouts of the third suspect is urged to contact the SFPD anonymous tip line at (415) 575-4444 or text a tip to TIP411 with SFPD at the beginning of the message.