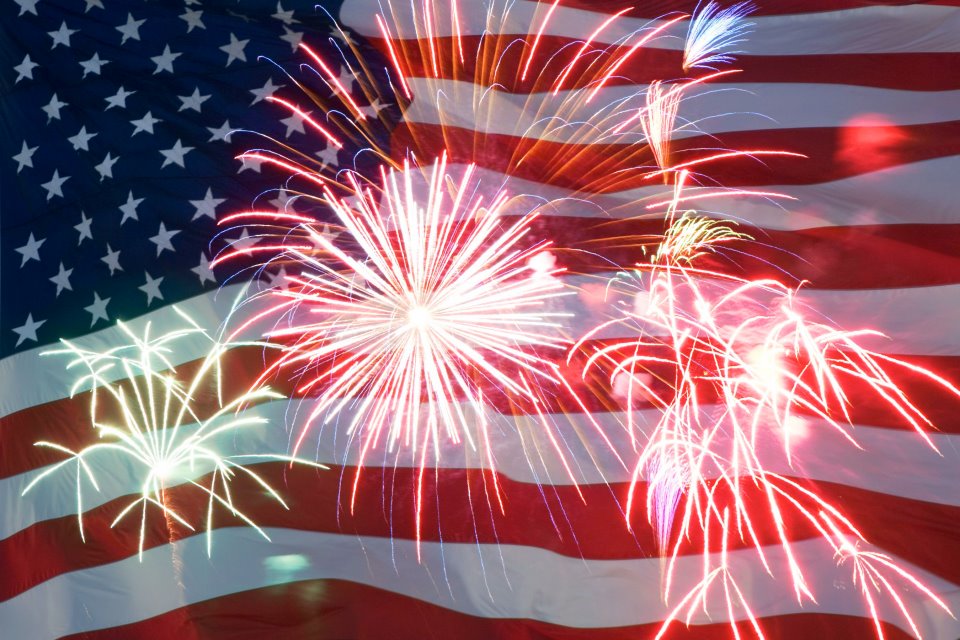 HOLLYWOOD—The July 4th holiday is soon approaching, it will be filled with barbecues, beach days, fireworks and lots and lots of red, white and blue. Celebrities, of course, are no exception, especially when it comes to showing off their spirit of their star-spangled style. Stars such as Katy Perry, Jessica Simpson, Taylor Swift, Joe Jonas and Vanessa Hudgens just love to sport some serious patriotic gear.

So let’s look at some places to enjoy the 4th of July; if you are a beach person, you will love California with about 75 miles of coastline, you can enjoy anywhere from Malibu to Long Beach. You can attend the largest and oldest parade in Huntington Beach, its free, however, reserved parade seating and fireworks seating is available for a fee. In Newport Beach, the Fourth of July celebration is a two-day festival with live music, food truck competition and fireworks at Newport Back Bay.

If you are with the family, you can enjoy Knott’s Berry Farm 4th of July Fireworks from July 1-6, with regular Knott’s admission which would apply. The Hollywood Bowl 4th of July fireworks spectacular with John Fogerty ( Credence Clearwater Revival) is also an option. One of the many wonderful things about the Hollywood Bowl is that you can bring your own picnic items. The Pasadena Rose Bowl boasts the biggest fireworks show in Southern California, the cost of coverage: $13 per person.

Movies in Warner Park (Woodland Hills) are gaining popularity. Movies under the stars will be shown on July 4th, and every Saturday until September. So if you want to avoid the Cinespia crowds at the Hollywood Forever Cemetery, go to Warner Park. So if the thrill of meat and colorful explosions has worn off, you can watch movies at home. We’re talking about the kinds of films that make you want to jump up out of your seat, thrust your fist in the air and chant “U.S.A.! U.S.A.!” at the top of your lungs. (Or, failing that, the kinds of films that make you feel proud to be an American from a comfortable seated position).

Let’s look at some of the most patriotic films ever put on celluloid: “Captain America: The First Avenger.” While serving in World War II, Steve Rogers (Captain America) thwarts the plans of an evil Nazi officer, rescues an entire unit from behind enemy lines, and successfully steers weapons of mass destruction away from American cities. Not bad for a guy who began his military career as a hundred-pound weakling.

Another patriotic movie to watch over the 4th of July weekend is “Rocky IV,” tensions between the U.S. and Russia were already strained in the late stages of the Cold War, and the death of Apollo Creed at the hands of Russian heavyweight Ivan Drago only made things worse. Rocky Balboa’s subsequent decision to beat the blond off Drago didn’t exactly bring the conflict to an end, but it was a close second for movie-goers in the mid 80s.

The Fourth of July is also a wonderful time to consider camping, and what better place to celebrate America than in one of its national parks. Many parks offer advance reservations for camping spots, and popular parks can fill up, so make sure to check before you load up the car and drive. The great thing about the 4th of July is that it’s usually chock-full of free entertainment: parades, and live music. It’s a great time to celebrate with friends and family. So, even if just for one day, raise that American flag proudly, get out the grill, watch a fireworks display, and listen to some great songs like, “American Woman,” by Lenny Kravitz or Jimi Hendrix “The Star-Spangled Banner,” or Alicia Keys…”Girl on Fire.”

Rose’s Scoop: Elvis Presley’s guitarist Scotty Moore passed away at the age of 84. Moore died at his home in Nashville, TN. Elvis’s daughter Lisa Marie Presley has filed for divorce from husband Michael Lockwood. After 10 years of marriage, according to court records, the filing cites irreconcilable differences. This will be her 4th divorce.

Wishing everyone a Happy, Safe, 4th of July!