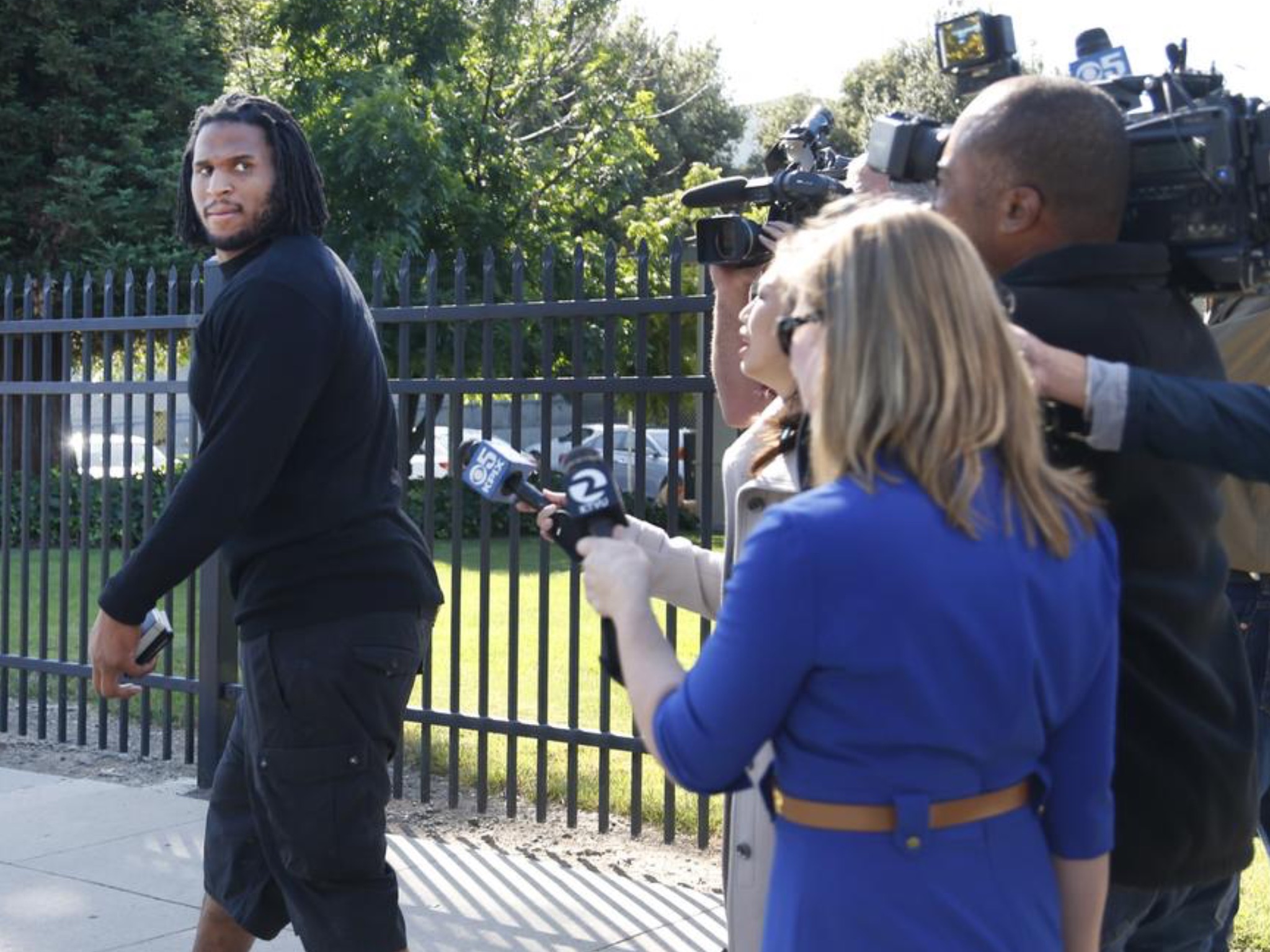 The arrest came after McDonald allegedly attacked a woman that was holding a baby in his Santa Clara home. Initial reports suggest that a violent and intoxicated McDonald broke down a door and assaulted a woman believed to be his girlfriend.

The subsequent 911 call came from the woman’s mother, who stated that her daughter had locked herself in a bedroom with her infant daughter. At this time, it is unknown whether or not the child is also McDonald’s daughter.

When officers responded to McDonald’s apartment on Carlye Court, the defensive end had already left the scene. He was located and arrested at 7:30 a.m. in the San Jose home of the now-retired Justin Smith.

Once a highly-touted cog of a dominant Niners front, McDonald was released from the team in December following a history of run-ins with the law.

The troubled, but talented defensive end didn’t struggle to find a new home, signing a free agent contract with the Chicago Bears earlier in the offseason.

It was thought that considering his history, McDonald would be on thin ice with the Bears, suspicions that were proven true when the team released him hours after news of his arrest broke.

“We believe in second chances, but when we signed Ray we were very clear what our expectations were if he was to remain a Bear,” said Chicago General Manager Ryan Pace. “He was not able to meet the standard, and the decision was made to release him.”

“Survivor 42” Recap: ‘Caterpillar To A Butterfly’

May 19, 2022
Reach our newsroom now!
Start a Conversation
Reach the newsroom now on Whatsapp
The team typically replies in a few minutes.
Newsroom
Newsroom