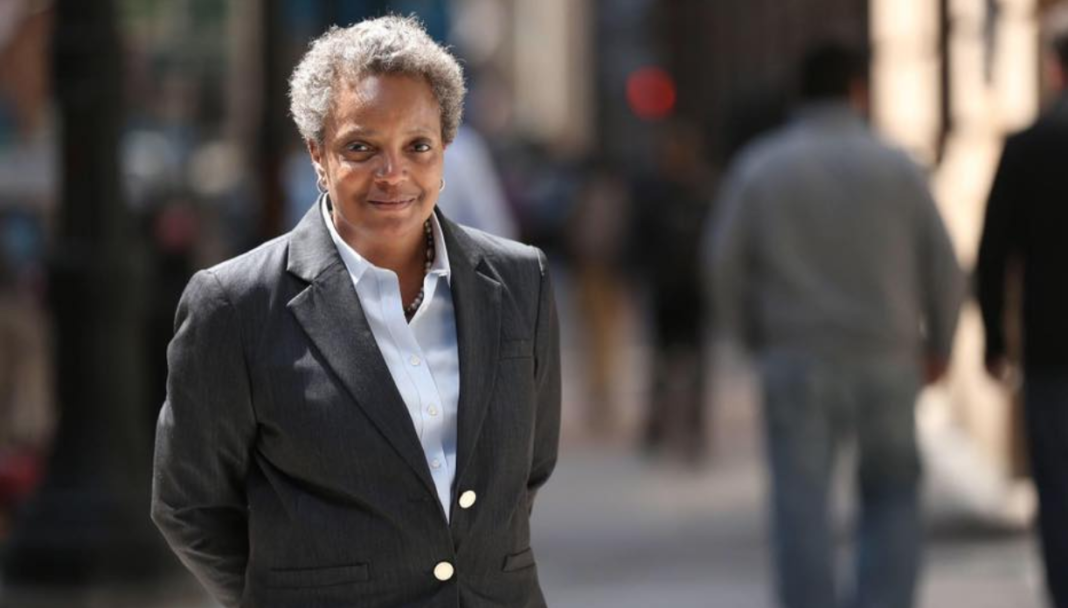 CHICAGO—After months of supporting the Black Lives Matter movement, riots, looting, stay at home orders and reformation of the police, Mayor Lori Lightfoot decided that although Chicago should suffer the consequences of her leadership, she shouldn’t have to.

August 20, she announced that, the Chicago Police presence at her home will be there because she believes she has a “right to safety.” Lightfoot stated, “I am not going to make an excuses for the fact… given the threats that I’ve personally received, given the threats to my home and my family I will do everything I can to make sure that they are protected. I have an obligation to keep my home, my wife, my 12 year old and my neighbors safe.”

BlazeTV reporters, Elijah Schaffer and Kalen D’Almeida posted to Twitter August 22 their experience when they went to report in front of her house and were met with officers who saw them as “posing a threat” to the mayor. The reporters were not protesting and did not plan to show the public her address, but did want to show the viewers what was going on while filming on a public street.

Schaffer told the officer who asked him to leave, “If i was a public figure and had made an unconstitutional law that had targeted my citizens — we have to hold to hold politicians accountable.”

They later tweeted: “UNCONSTITUTIONAL: Chicago Mayor Lori Lightfoot used local police to block our reporter from filming on a public street while covering a controversial story about her. They were also accused of being a threat to the mayor & asked to leave.”

In just one week in July, it was reported that, 106 people were shot in Chicago, but Lightfoot blamed the rise in crime and shootings on the amount of guns on the streets. She said, “In June, officers took 600 guns off the street” which meant they were “doing their job.”

August 20, she offered “community led” solutions like, District Coordination Officers (DCO Program) but until then, she will use the police system in Chicago while it’s still there. Lightfoot said, Chicago needs to build “authentic relationships” so that these proposed programs can run effectively. Meanwhile, reports say, Chicago residence don’t feel safe going out on a walk on the streets after 6:00 p.m. or sitting near their windows.

Not only is Lightfoot utilizing the Chicago police for her own safety, but she is also using non-essential services (in her opinion) like a hair stylist, when others cannot. The mayor produced a video stating a PSA with examples of what is “not essential” including, “getting your roots done” and “your dog seeing it’s friends.” On the contrary, a social media post showcasing Lightfoot’s new haircut from a stylist in April hit the internet after she announced that salons were closed due to COVID-19 restrictions. The photo posted  by the stylist does not show them social distancing or wearing face coverings.

She defended her new hair style stating that she is “in the public eye” and takes her “personal hygiene very seriously.” She said, “I felt like I needed to have a haircut and I was not able to do that myself, so I got a haircut.” 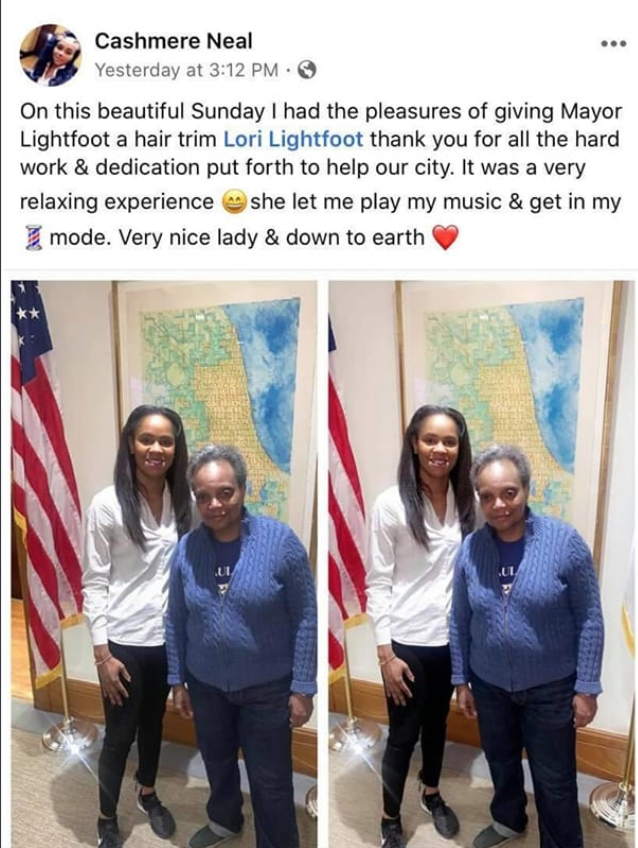