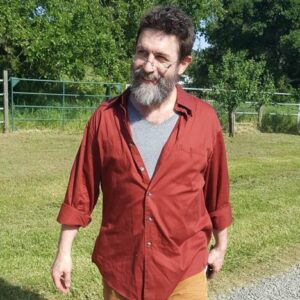 Woitel had been missing for over a month. He was last seen on surveillance footage walking into his apartment on January 8, and his last contact with his family was January 9. His bank account has had no activity since then. His mother reported him missing on January 13.

Woitel was living at 65 Guerrero Street in the Mission District of San Francsico. According to the San Francisco Examiner, Woitel’s family described him as a generous friend who opened his home to many homeless individuals living in the city. One of them, a man who goes by “Bood” was caught on video surveillance footage entering Woitel’s apartment on January 7.

Bood, who lives in a nearby tent encampment, claims to have “strong psychic abilities.” He told Scott Williams, a private investigator hired by Woitel’s family, that he had a vision that Woitel had been murdered, and his body had been dumped in the Bay.

Bood also was in possession of Woitel’s cell phone, to which he claimed Woitel sold to him. Woitel texted the following messages to Bood after Bood was using Woitel’s Facebook account to message people he knew.

On the day that he lost contact with his family, January 9, Woitel told his sister that San Francisco felt increasingly “unsafe.” He also told her that a “man on a loudspeaker” passed his apartment in a car, urging residents to “get out now.” Woitel told his sister, Lara Haben, that he wanted to escape to the mountains, and that he needed more money in his account.

An autopsy of the body is pending.