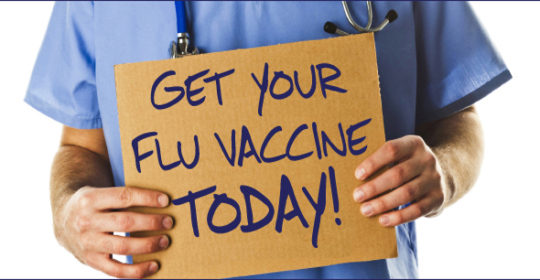 UNITED STATES—When Obama first took office I was happy. I was young, naïve and I thought it would be nice to have a good looking president for a change. Well, that wasn’t the only thing. The fact that he promised to use Twitter and YouTube to “connect with the youth of America” was impressive. It was kind of neat that he was biracial, like me.

Furthermore, the fact that health insurance would be free or “affordable” was a huge plus. It was his number one promise! I was excited.

Growing up in an immigrant family, my parents were careful with money, it meant we never got insurance. After all, my relatives in their respective countries rarely visited the doctor and they all lived to ripe old ages. We were all young and healthy, so my parents thought it to be an unnecessary business expense. However, Obama was going to change this for us!

Who couldn’t love Obama? Our teachers kept talking about how perfect he was and if you said remotely negative about him, people would jump all over you or call you racist. You had to love Obama, our media did, our teachers did and well it just wasn’t cool to call out his flaws.

Flash to eight years later… he never even tweeted… he screwed up health care as we ever knew it…(if that was even possible!) and he brainwashed the American people. I no longer like Obama in any capacity. In my opinion, he is the worst president we ever had. He was a big lie!

He said we’d have affordable health insurance, but I lost the great health insurance I had in 2006-2008, thanks to Obama. Now, I paid $900/year in taxes to not have health insurance because I decided to skip over the plan that had gone up to $400 a month. Not only was it not worth the higher cost, but the health care industry changed BIG TIME. They were pushing pharmaceutical companies now more than ever. Every visit they’d push a flu shot and other unnecessary vaccines. Even the supermarket pushed the flu shot.

Well that shouldn’t surprise you, Obama met with the big pharmaceutical execs behind closed doors before he signed Obamacare. What?! Why would the president of the United States care to inform big Pharma about anything at all?

It was a huge conspiracy paid and supported by Big Pharma. This makes Obama more of a crook than you can ever know. If you knew how many lives were taken because of Big Pharma and then he conspired with them to change American law. That was unheard of… but not for Obama.

I saw his conspiracies, his criminal activity, his collusion with the Clintons and their crimes, allowing the campaign to be tainted with FISA warrants that were achieved unethically, immorally and illegally…. and I still saw the brainwashed media falter over protecting him. Why did they do this?

I can only tell you this reminded me of all the studies I did on Hitler. The exact same as Obama. Oh, right I am supposed to be comparing him to the Flu Shot, not Hitler. Oops! So lets hold off on that concept until next article.

This year, I got sick 3 times. Yes, 3 times!! I am very healthy. I do ginger shots and workout daily and I take my minerals and eat well. For me to get sick 3 times, it was a strong virus. What’s more is every time I got sick it was a direct result from someone who just got a flu shot!

But wait, why are people getting flu shots if they get sick and pass it on. This year was the worst year of the flu. People died. Kids died. People that got the flu shot died from their flu. Otherwise healthy people died after being exposed to this pharamaceutical lie… the flu shot!

Did you get the flu from a flu shot? Or someone that got this fake vaccine? It was a different kind of flu. It was horrible. It affected every ounce of my body. I was sick, the taste in my mouth was like chemicals, I could barely breathe and standing up was a huge issue… It was completely and utterly disgusting.

So I asked the people that gave me this fatal illness… why did you get a flu shot? Answers differ, of course. They had to get it (forced by their employer), the doctors made it sound good, the advertisements, the nurse didn’t give me an option or they just did it because it’s the right thing and looked good.

Why is American media supporting pharmaceutical companies so much?

For one, they are paying for nearly 70 percent of all television advertising. They are taking a monopoly on what we see while sitting at home relaxing trying to enjoy a show. Their push is a lie. Then we have brainwashed pawns walking around saying its okay to take these vaccines and then others noting you’re irresponsible for not getting the vaccines.

Then you hear the local news say, “The CDC reports this year is the worst flu season so go get your flu shot.” Like if that is an unbiased non-profiting entity that really cares about health.

It doesn’t help to see “Free Flu Shots” ads and every local news broadcast saying how many people died, “so don’t forget to get your flu shot!” Don’t you even wonder why every journalist on the news is pushing the flu shot and not one of them is saying, “Whoa I don’t believe in it”? This is because they are paid to lie to you. It’s all about money.

It’s a business. Try watching the new Fox TV series, “The Resident.” Get a glimpse of what is really happening in our health care system. It should anger you. You shouldn’t believe what your doctor or the television is pushing at you. Do your research!

Let me give you something concrete, one simple example.

Let’s talk about Dr. Julie Gerberding, a crook! But guess what? She is not labeled that by most media and politicians. In fact, she is now President at Merck Pharmaceuticals.

Dr. Julie Gerberding former director for the CDC (that’s right The Centers for Disease Control and Prevention) from 2002-2009. She is responsible for approving some of the most fatal and dangerous vaccines on behalf of the American People. Flash to a few years later, she is now profiting from it and owns stock in it.

Hmmmmm, think about that for a second. She worked for the government approving vaccines that are now being pushed by the government on 11 year olds in Texas that actually disable for life 20 percent of those that get it. She is the one from the government that approved this drug, now she is selling it, making money for it and even owns stocks in it. How crooked is that?!

In 2008, she was operating as a government agent and in 2009 she is President of Merck, owning almost 32,000 stocks, net value of 1.9 million and growing. What’s more? She sold 38,368 shares for more than $2.3 million. She is profiting off of deadly potions she approved under her CDC authority just years before.

They will continue to tell you that its not from the vaccines and flu shots. But it is. This saves their job, cash flow, their huge mansions and the money they have in their bank account. So when they push a flu shot… and tell you, don’t worry its free. Its not free, someone is paying for it… and its also stealing your health in the mean time.

So there you go… Obama was a lie… he looked good… he was pushed by the media and our educators… and he made us sick. Its the same with flu shots. If you get a flu shot, after this warning, you’re an idiot.

I actually think Hitler was more honest than Obama and Big Pharma. Here, they do it secretly and you don’t know what hit you or who poisoned you.

Enrolled In Medicare…Now I Can’t Fund My HSA!