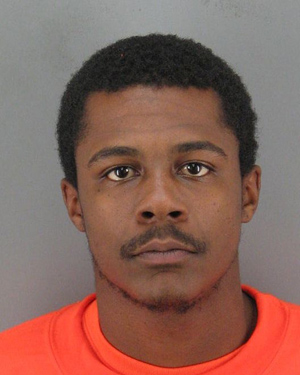 SAN FRANCISCO —On Saturday, September 8, a local resident was arrested on multiple weapons charges, culminating an investigation by the San Francisco Police Department.

A news release from the San Francisco Police Department indicates 21-year-old Daron Raynaldo had been under investigation as he was suspected of possessing an assault weapon.   As a result, a search warrant was obtained for the suspect and his residence in the 700 block of Missouri Street.   To eliminate the risk of the weapon being used, officers from the SFPD’s Bayview Station Violent Crime Suppression Unit waited for Raynaldo to leave his home so he would not have access to any of his weapons.

After leaving his residence with his girlfriend and three small children, Raynaldo was detained by officers as a search of his home was conducted.   The search recovered a loaded MAC 10 assault weapon in the kitchen closet, a loaded 9mm semi-automatic handgun under the mattress in the suspect’s bedroom in addition to a loaded .22 caliber rifle with a cut off stock under an ottoman.   Officers noted the weapons were all located within reach of the children.

Raynaldo was taken into custody and booked at Bayview Police Station located at 201 Williams St. on counts of illegal possession of firearms, carrying a loaded hand gun and child cruelty.   He was also cited for a parole violation.

The arrest of Raynaldo was a continuation of the SFPD’s enforcement program called IPO (Interrupt, Predict and Organize).   During a 54-hour period between Friday, September 7 and Monday September 10, Bayview officers seized a total of 14 firearms and arrested five individuals, including one parolee, and one person on probation. No officers or suspects were seriously injured during the arrest of these individuals.