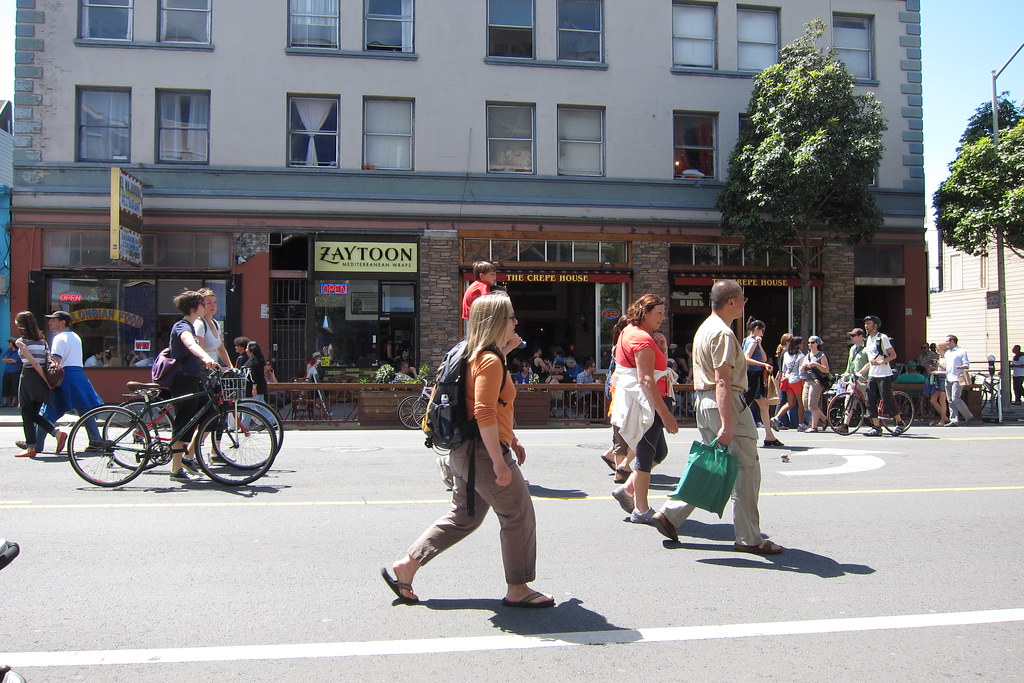 SAN FRANCISCO—Valencia Street kicked off a new car-free program on Thursday, July 23. The three-month pilot program closes off traffic between 16th and 17th Street and 18th and 19th Street and Valencia from 4 to 10  p.m. every weekend, Thursday through Saturday.

The goal of the program is to allow businesses who were economically devastated by the COVID-19 pandemic, a legal way to serve their customers throughout the city’s reopening process.

The city authorized closing the streets to traffic on July 16 after two-months of discussion with a number of private and public entities.

“By closing the street, we can add extra space. And we can bring more people back to the job that, unfortunately, we had to lay off,” Steven Garcia, a manager at Limón Rotisserie in Valencia, noted to Mission Local. “I will be able to put out around 20 tables. And I can hopefully bring back around three or four people.”

Jonah Buffa, the co-owner of Fellow Barber at 18th and Valencia, told the SF Chronicle he “personally thought it would be devastating to our business,” and that stopping traffic would hurt retailers.

Though it is too early on to know the economic effectiveness of this pilot program, the city  noted a greater-push to make areas in the city car-less also aids San Francisco’s fight to reduce its carbon emissions.

Inpatient Or Outpatient? Information To Know When Having A Hospital Stay!