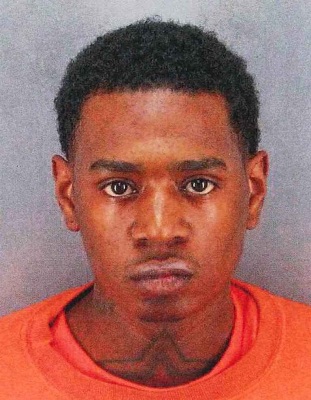 SAN FRANCISCO—Authorities have made an arrest involving several suspects who kidnapped and burglarized the home of an elderly woman back in May.   A press release from the San Francisco Police Department website from August 22 states the incident in question took place on May 27, 2012 at around 11:15am.

The victim was a 79 year-old woman who answered her front door on the 200 block of Gaven Street in the Portola District after hearing a knock.   Upon opening the door, two suspects forced their way into her home. One suspect threw the victim on the ground and demanded money.   A third suspect then joined the first two suspects already in the home.    The victim was forced into her bedroom where the suspects searched through her belongings.

As two of the suspects searched the bedroom, the third individual grabbed the elderly woman by her throat and took the gold chains from her neck.   She was then taken to her garage where the suspects continued to search for belongings.   The victim yelled for help and the culprits fled the scene.

“Officers from the Crime Scene Investigation unit processed the house and collected evidence.   As a result, a Combined DNA Index System (CODIS) hit came back, positively identifying one of the suspects.   The suspect, Sandie Harden, 22 years old of San Francisco was arrested and taken into custody by the Bayview SIT team and was booked on charges of robbery, aggravated assault, kidnapping and burglary,” states the press release.

Police are still investigating the case.   Anyone with information is asked to contact the Bayview Station Investigation Team (SIT) at 415-671-2300.