UNITED KINGDOM—Queen Elizabeth II, the longest reigning monarch of the United Kingdom died at Balmoral Castle, her estate in the Scottish Highlands on Thursday, September 8, at the age of 96. The King and the Queen Consort will return to London on Friday, September 9.

Prince William and Prince Harry were by their grandmother’s bedside the moment doctors indicated the Queen’s declining health.

Queen Elizabeth is predeceased by her husband, Prince Phillip, the Duke of Edinburgh, who passed away on April 9, 2021. The next in line to the throne is the Queen’s eldest son, Prince Charles of Wales who will now take the throne as King Charles III. 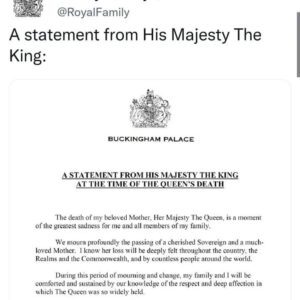 Queen Elizabeth II was born on April 21, 1926. She served as Constitutional Monarch for 70 years after taking the throne following the death of her father, King George VI on February 6, 1952. She was the world’s oldest and longest-serving head of State. She was 26 years of age at the time of her father’s death. She was crowned Queen Elizabeth at the age of 27.

Her Coronation Day was on June 2, 1953. She greeted her people with the following statement:

“I have in sincerity pledged myself to your service, as so many of you are pledged to mine. Throughout all my life and with all my heart I shall strive to be worthy of your trust.” 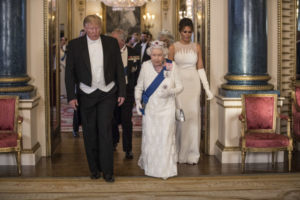 During her reign, the Queen witnessed the marriage of her son Charles to Princess Diana.
Her her daughter-in-law, Diana, the Princess of Wales, and Mother Theresa, who is now Saint Teresa of Calcutta shared the cover of Time Magazine. Princess Diana lost her life in a car accident on August 31, 1997. Mother Teresa died on September 13, 1997.

King Louis XIV of France remains the longest reigning monarch in Europe. He reigned for 72 years and 110 days from the year 1643 through 1715.