SAN FRANCISO—A San Francisco restaurant is under attack after kicking out three uniformed police officers from their facility. The restaurant does not allow guns in their establishment.

Some of the reviews after staff at Hilda and Jesse made the decision to deny service were:

“Refusing law enforcement because they were in uniform is all I need to know about this place,” one review said. “Will never step foot in there. Be sure NOT to call the police if you’re being robbed!! Don’t be hypocrites!!”

Another review wrote, “What is wrong with you? I look forward to you going out of business. You are a disgrace. Throwing cops out????”

The San Francisco Police Officers Association also made a statement saying that the restaurant behaved with out any, “tact or class” and found their decision “personally disappointing.”

Hilda and Jesse received various negative reviews on Yelp which brought their overall rating to one star. They had over 400 reviews posted.

The restaurant owner, Rachel Stillcocks defended her business’ decision by explaining to multiple news sources that the decision was based on the fact that the three officers were armed with loaded weapons.

In a statement Sillcocks said, “We respect the San Francisco Police Department and are grateful for the work they do. We welcome them into the restaurant when they are off-duty, out of uniform and without their weapons.”

“The San Francisco Police Department stands for safety with respect, even when it means respecting wishes that our officers and I find discouraging and personally disappointing,” Chief Scott said in a statement. “I believe the vast majority of San Franciscans welcome their police officers, who deserve to know that they are appreciated for the difficult job we ask them to do – in their uniforms – to keep our neighborhoods and businesses safe.” 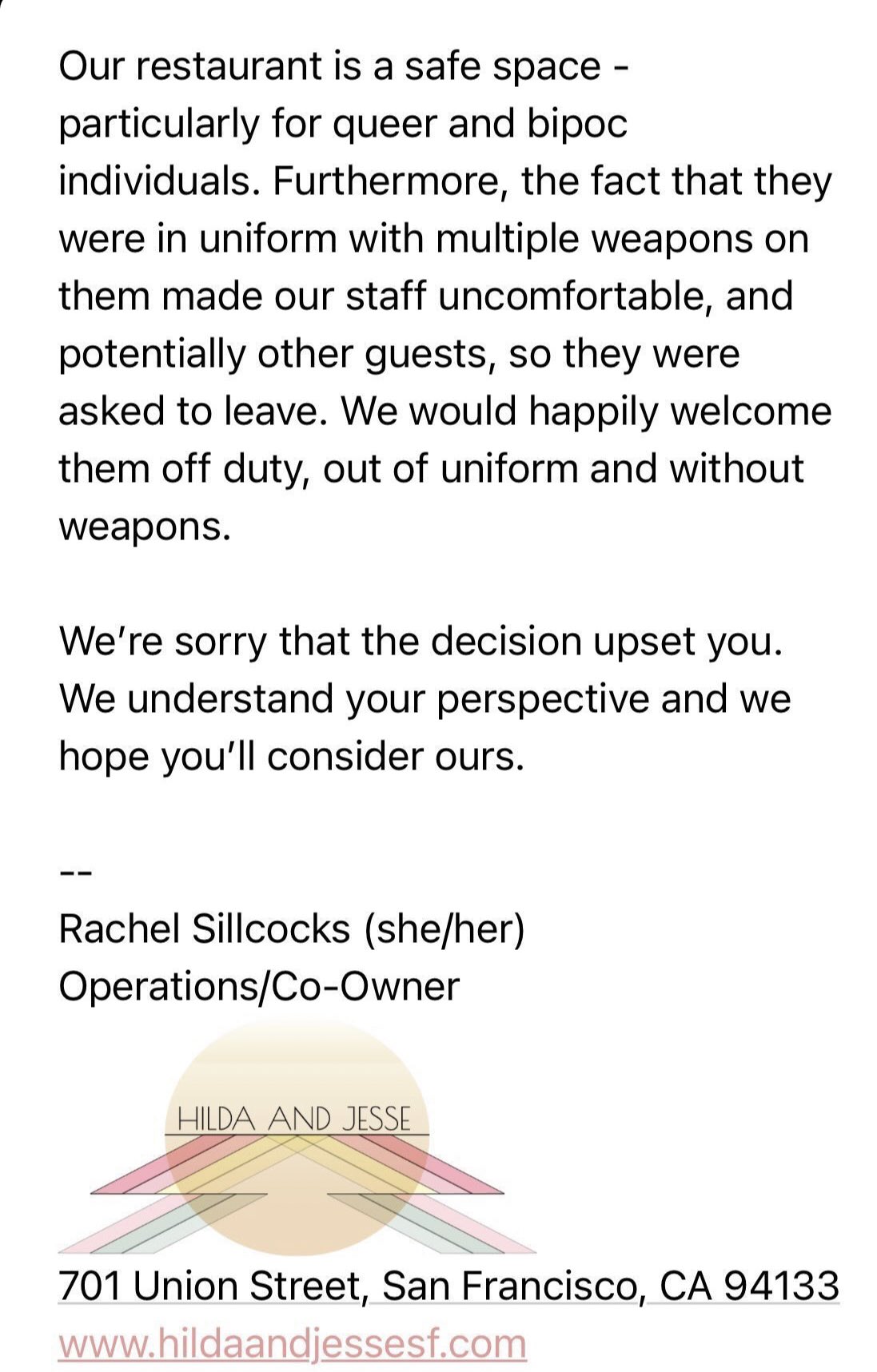