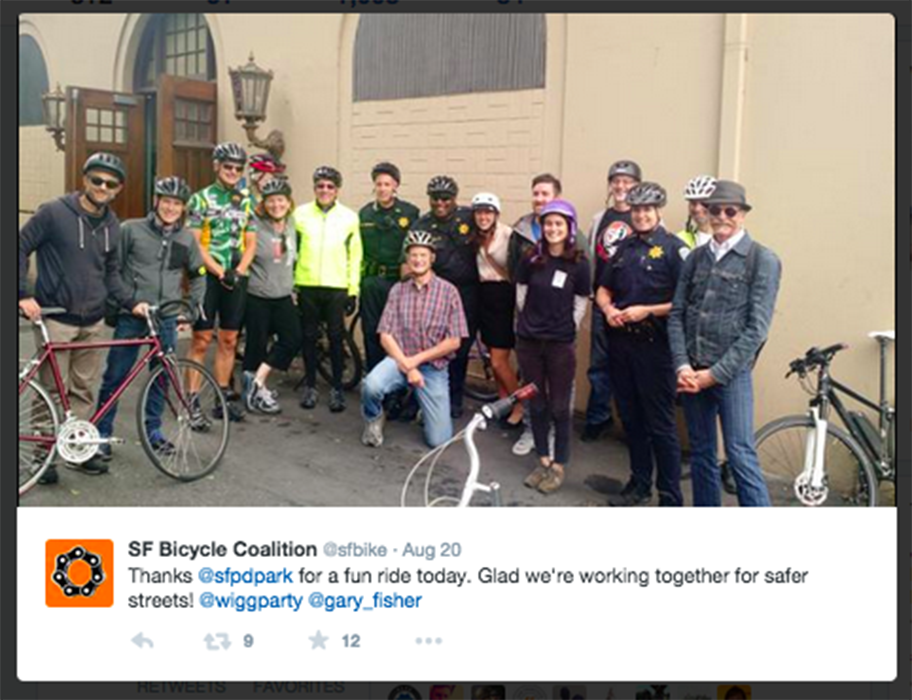 On Thursday, August 13, Sanford reached out to the biking community by riding his bike and joining the protestors in a ride through the city to better understand the attitudes and opinions of local cyclists.

According to police reports, Captain Sanford ordered a two-day, biker-targeted enforcement operation that caused bikers to protest and block traffic by coming to a complete stop. The bikers along the Wiggle Path were specifically targeted during this operation, and cited for running stop signs and red lights.

Over the two-day period, a total of 204 citations were issued by SFPD officers patrolling the Wiggle pathway. Sanford stated that the operation was “an attempt to change behavior among San Francisco’s cycling community.”

During Sanford’s ride-along with local cyclists, he spoke extensively to protestors’ compelling explanations as to why cyclists treat stop signs like yield signs.

“Everyone is required to stop at a stop sign, officers do have discretion, which can be subjective; does the officer believe that the stop was a reasonable stop before proceeding? There is room for discretion, but to a degree… What do we consider is safe and a reasonable stop? People look at things differently, when you make things subjective; it makes things difficult because of a difference of opinion. There are times it makes good sense to do traffic enforcement, but there might be times to abandon that enforcement because of other things going on.”

Sanford announced at a Park Station community meeting that the SFPD would be working with the public to collaborate on a solution, and has temporarily stopped the crackdown on cyclists. He expressed that the SFPD will likely be revisiting the issue at a later time.