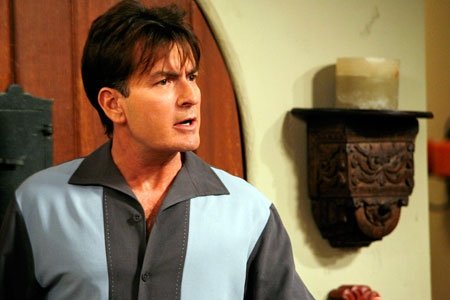 HOLLYWOOD—Actor Charlie Sheen revealed on NBC’s Today show on Tuesday, November 17 with Matt Lauer that he is HIV positive. Reports surfaced yesterday that Sheen was HIV positive and was expected to make a major announcement to the public during a live interview with Today on Tuesday.

During the interview with Lauer, Sheen stated, “I’m here to admit I am in fact HIV positive. I have to put a stop to this onslaught, this barrage of attacks, of sub-truths. Very harmful stories that are threatening the health of so many others. They couldn’t be farther from the truth.”

The actor explained he received the diagnosis more than four years ago. He was not certain how he contracted the disease, but it began with “a series of headaches…Sweating the bed. I was hospitalized. I thought I had a brain tumor. I thought it was over” said Sheen. Reports surfaced that Sheen decided to go public after being extorted from people in his personal life who threatened to expose the truth if he did not pay them money to keep his secret. The actor admitted to paying enough people to where the amount ranged into the millions, up to $10 million, in the past several years via people who were extorting money from him.

“It’s a hard three letters to absorb,” said Sheen. During the interview, Sheen indicated that he informed his sexual partners of his diagnosis. “We’re talking about shakedowns,” said Sheen. He even explained that prostitute who was at his home when into his bathroom and took pics of the medicine in his cabinet and planned to sell those images to the tabloids.

“Not after today I’m not. That’s my goal, but that’s not my only goal,” Sheen noted, when asked about rather he was still paying those who were extorting him. He admitted that he continued to bring the unsavory people to his household. He was depressed and drinking too much.

When asked about if he had transmitted the HIV virus to any partners, Sheen acknowledged “Impossible.” Sheen admitted that his meltdown several years ago he could not blame on his diagnosis. “I wish I could blame it on that,” he said. “That was more of a roid rage. This was on the heels of that.”

He admitted that it’s possible he could face lawsuits in the near future with his disclosure of his health. During the interview, Sheen acknowledged that his financial status at the moment is not great. Lauer read some tweets from social media to alert Sheen of the impact his announcement has had on the public. “If there was one guy on this planet who could contract this to deliver a cure it would be me,” said Sheen.

Sheen’s physician Dr. Robert Huizenga, an associate professor of clinical medicine at the University of California, Los Angeles, appeared with the actor on the morning show revealing that while Sheen has HIV, “Charlie does not have AIDS.”

The actor grew to prominent fame in his career back in the Oliver Stone flick “Platoon” and “Wall Street” alongside Michael Douglass. Sheen explained that both of his ex-wives Denise Richards and Brooke Mueller were made aware of his status. The actor won a Golden Globe for his work on the ABC comedy “Spin City.”

He was one of the highest paid actors on television making close to $2 million per episode for the CBS comedy “Two and a Half Men.” Sheen starred on the series from 2003 until 2011 when he was fired from the show by creator Chuck Lorre. Sheen later appeared in his own FX series “Anger Management” which ended in 2014. His father is famed actor Martin Sheen, and his brother is actor Emilio Estevez.