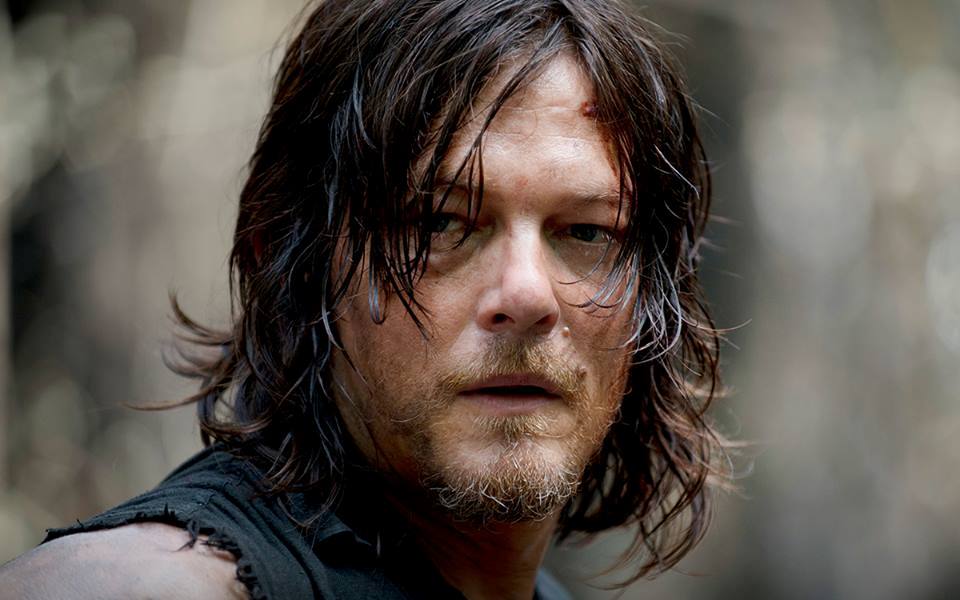 HOLLYWOOD—Well, Daryl the badass is back in action. The latest episode of “The Walking Dead,” ‘Always Accountable’ saw our favorite zombie killer suffering from a bad injury and having to fight to survive in the apocalypse all by himself. While doing his best to survive, he found himself captured by a trio who planned to utilize him for their own gain. For once, we have a logical group pf people who aimed to survive, but it became apparent that Daryl’s life was in grave danger.

During a distractive moment, Daryl managed to escape and radio for help from Sasha and Abraham, just as a walker made its presence known. Our fearless hero had to make a difficult choice, as one of his captors was in desperate need of medical help. Sasha and Abraham were dead in the water, when their vehicle stalled and they were forced to continue the mission on foot. The duo searched a destitute office building, where all they stumbled upon was a walker locked behind a glass door.

The redhead and the badass continued to bicker with one another, gosh; the tension between them is palpable. He wants to always kill; she has found the inner sanctum to fight without fighting. Daryl’s nobility got the best of him as he returned to provide medical treatment to his captors, while members of ‘The Wolves’ lurked in the background for victims to kill.

Its difficult to figure out the motive for ‘The Wolves’ living in a world of bloodshed and mayhem. Just when the viewer expected Abraham to allow his testosterone to get the best of him, he chose to toy with a walker which could have led to his demise. Please help me understand the meaning behind such stupidity? Abraham talked with such honesty, to the point that it became apparent he was foreshadowing a terrible future.

Tina ventured back to the crews home where they stumbled upon a gruesome scene, courtesy of the newest enemy of season six. The result was a shocking one as Tina met a bloody demise, courtesy of walkers in disguise. Looks like Daryl has met a new friend who could be an ally of his, but once again, Daryl’s ability to be kind bit him in the butt. Just when the audience begins to like a character, they reveal their true intentions.

I must say, season six is turning out to be a season where the audience has no idea of what surprises will be delivered their way in each episode. The narrative is slightly jumping all over the place, but I must admit that I am thoroughly enjoying the chaos that has come along with it.

Daryl stumbled across a van that was his ticket to salvation as he came to the aid of Sasha and Abraham. Just like that, the three amigos were rescued, as the episode came to an end. I’m hoping with next week’s penultimate episode that the narrative really pushes the audience in a direction that knocks our socks off. Until next Sunday “Walking Dead” die-hards!

Death Strikes “The Bold And The Beautiful!”

Lawn Weeds Are Low Down