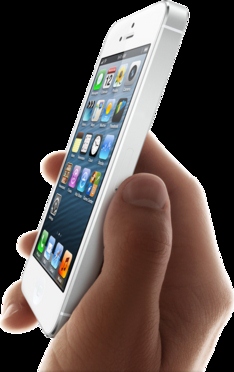 SAN FRANCISCO —After months of rumors and speculation, Apple officially announced the iPhone 5 on Wednesday, September 12 at San Francisco’s Yerba Buena Center for the Arts. The event was invitation-only and began at 10 a.m. where Apple announced many of its products new upgrades.

The iPhone 5 is claimed to be the world’s thinnest, weighing in at 112 grams, which is 20% lighter and 18% thinner than the iPhone 4S. It is reported that the new Apple product’s A6 processor has improved and is twice as fast as the previous iPhone with high speed 4G LTE connectivity and a widescreen aspect ratio.

The new phone also has an improved battery life with updated cameras. Apple stated that the new dock connecter and a new cable charger is 80% smaller than it was before named Lightning. Siri has been revamped as well and will now be able to announce the scores of sports games and post status updates to Facebook.

The device will hit stores on September 21, however, consumers can pre-order the iPhone 5 starting Friday, September 14. The phone will be available in black and white for $199, $299 and $399 for 16GB, 32GB and 64GB models respectively.

The Apple program ioS 6 will be available as an update for many of its ioS devices on September 19.

To learn more about all the newly enhanced features on the iPhone 5, go to http://www.apple.com/iphone/.