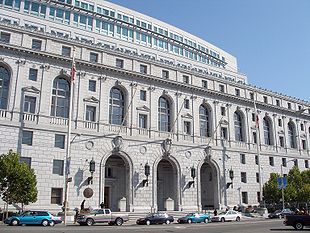 SAN FRANCISCO.—On Friday December 7  the courts will read whether same-sex marriage is legal or not in California.  Prop. 8 was passed in 2008, making same-sex marriage illegal in the state of California. In 2009, the California Supreme Court upheld the constitutionality of the proposition and later that same year federal judge Vaughn Walker set January 11, 2010 as the date when a federal trial would be open to decide whether Prop. 8 was unconstitutional or not.

This Friday, will be the date where same-sex marriage will be either legal once again in the California or not. The meeting will be closed-door, if the court rejects the case and does not approve the appeal, the verdict from the previous judge of being unconstitutional would take effect. If this happens, it would allow for same-sex marriage to be legal again. In a letter to the Ninth Court, the city’s attorney stated their request of a “24 hours advance notice” from the court knowing its decision on the case in order to position officers where protests are more likely to take place that day. This letter is the result of previous instances where the city of San Francisco experienced an overflow of same-sex couples with the intention of obtaining marriage licenses as well as matrimony from the county clerk.