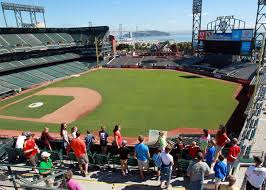 SAN FRANCISCO—On Tuesday, April 21 the San Francisco Board of Supervisors unanimously voted to ban smokeless tobacco which includes moist snuff and chewing tobacco at all playing fields in San Francisco. To outlaw smokeless tobacco, the ban needs to pass a second Board Supervisors vote on April 28 and be signed by Mayor Edward Lee. If the ban passes it will take effect on January 1, 2016.

The Campaign for Tobacco-Free Kids founded in Washington initiated the San Francisco ordinance. Matthew Myers, the president of the campaign, said: “The Board of Supervisors recognizes some simple but important facts-kids see athletes as role models, and when baseball stars use smokeless tobacco the kids who look up for them are much more likely to as well.”

Myers also added that the Supervisors’ vote is a very important step in history because: “San Francisco will become the first city to take tobacco out of baseball, setting a powerful example that all of Major League Baseball and the rest of the country should follow.”

Giants Manager, Bruce Bochy, sees the ordinance as a positive change. “Hopefully, it will help these players. It’s not an easy thing to get off,” said Bochy.

It is illegal to smoke any cigarettes including electronic devices at sports arenas in San Francisco; players and coaches are not allowed to chew tobacco while giving interviews.