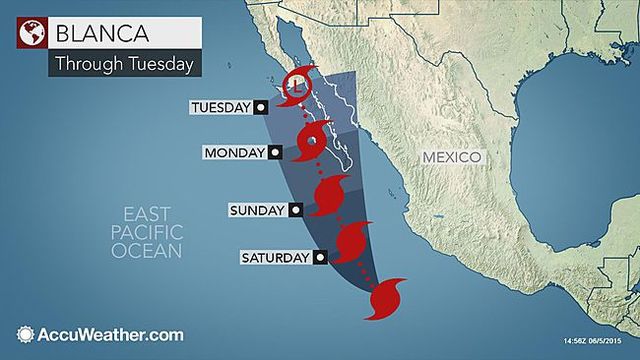 SAN FRANCISCO—The Bay area suffered a heat wave on June 8 that resulted in the highest temperatures seen so far this year. Inland temperatures went above 100 degrees, with Livermore reaching 102 degrees, but San Francisco was cooler with a low of 75 and high of 82.

The National Weather Service had to issue a heat advisory for the midday hours. This weather comes as a surprise as the area has been experiencing below normal temperatures for the last few weeks.

Inland temperatures have dropped off 5 to 10 degrees as of Wednesday, and the San Francisco Bay area has again returned to a comfortable 60-70 degrees. Humidity has also been higher than normal adding to the warm weather.

There is also a chance of showers from 2 a.m. to 11 a.m. June 10. The uncertain pattern of weather, with the humidity and precipitation, has been accredited to Tropical Storm Blanca, which traveled from Baja California towards Arizona on Monday.

Tropical storms travel with a wind speed between 39 and 73 miles per hour and are less severe than the hurricanes, which travel above 74 mph.

Rainfall is not expected to be much, half an inch at most. Dryer weather is expected the rest of the week.