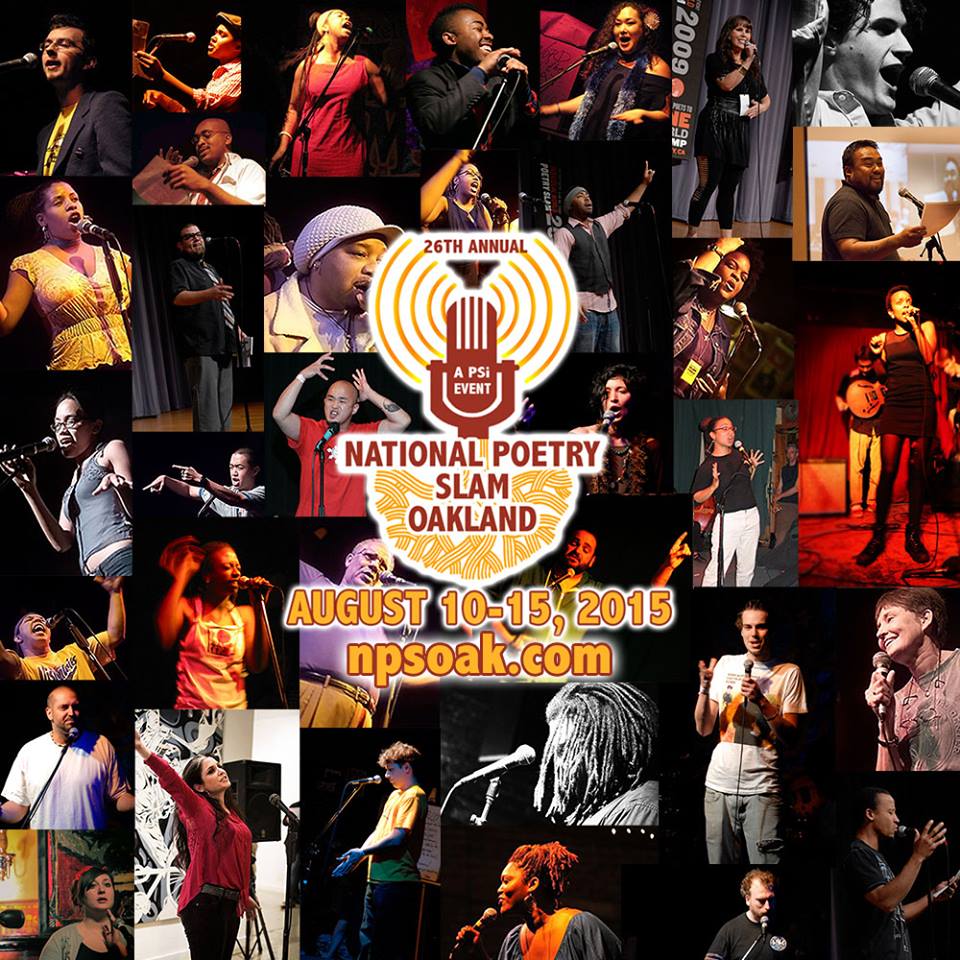 OAKLAND—The 2015 National Poetry Slam (NPS) is currently being held in various venues throughout Oakland from August 12 to August 15.

Although the registration period for teams to compete is over, tickets to the multiple slam competitions and finals that will be held Thursday, August 13 through Saturday, August 15 are still available for purchase online at www.NPSOak.com.  Prices range from $10 to $45, depending on whether or not the performance is a preliminary, semi-final, or finals round. Audience members can also still purchase tickets for performances happening today, August 12, at the door of each venue (cash only).

For the complete schedule of remaining performances and a list of the 12 hosting venues, visit www.NPSOak.com/schedule/. 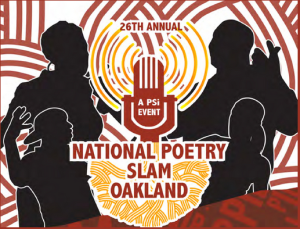 NPS is the largest slam poetry competition in the nation, and brings together passionate competitors from all walks of life and all corners of the United States and Canada. Poet and Alzheimer’s Poetry Project (APP) founder Gary Mex Glazner organized the very first National Poetry Slam competition in 1990 in San Francisco. Since then, it has been held in various U.S. cities every year.

In addition to the preliminary, semi-final, and finals performances, the NPS offers dozens of diversely-themed workshops, discussion panels, open mics, showcases and even yoga.

This year, some of the titles of the workshops and alternative events offered include: Black Voices Rising, Humans Not Disabled, Lip Sync Battle, Queer Open Mic, Comedy Showcase, Erotica Slam and Dirty Haiku Battle, Polish Your Performance, Youth Open Mic and the ASL Cabaret which will be occurring and live-streaming later today.

The 2015 NPS is sponsored by 15 different businesses and organizations and will be hosted at 12 different venues throughout Oakland. The City of Oakland is also currently offering a free shuttle from BART, San Francisco Bay Ferry, Amtrak and Capitol Corridor to downtown Oakland offices, restaurants, local shops, social services and entertainment venues. For a complete list of routes, stops and schedules, visit www.MeetDowntownOak.com.