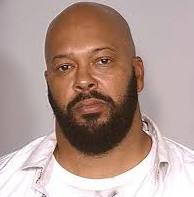 WEST HOLLYWOOD—Founder and CEO of Black Kapital Records and co-founder and former CEO of Death Row Records, Marion “Suge” Knight was injured on August 24 during a shooting while attending a party hosted by singer Chris Brown at 1Oak nightclub. Three other victims also sustained injuries at the event.

Chris Brown held the pre-VMA party on Saturday, August 23, as a way to promote the release of his new album “X” that comes out on September 16. After the shooting, Brown took to Twitter to express his frustration saying, “It’s disappointing that we as a society can’t have fun or enjoy ourselves without any altercations sometimes.”

TMZ reported that after Knight was taken toCedars-SinaiHospitalafter receiving six bullets to his stomach and arm, he was released on August 27 and is expecting to make a full recovery.

According to reports, authorities suspect the shooting was gang related as Knight is known to have affiliations with the Bloods gang ofLos Angeles. Police have obtained video footage of the incident, but no witnesses have come forward to identify the suspect involved in the shooting.

A bevy of celebrities were at the event including model Tyson Beckford and rapper The Game were also in attendance at the event.

9-year-old Killed On Near North Side Chicago

Improving Your Life With CBD Products

9-year-old Killed On Near North Side Chicago