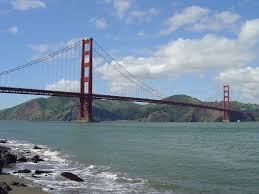 SAN FRANCISCO—on August 3, a California judge found the ordinance protecting tenants who cannot pay rent a “reasonable exercise of the police power to promote public welfare” and it does not violate California or U.S. constitutions because of COVID-19, Bloomberg reported.

The COVID-19 Tenant Protections ordinance, was initially brought up by San Francisco Board of Supervisor Dean Preston back in June, and was signed by Mayor London Breed.  Preston called the ordinance “one of the strongest eviction protection laws in the country.” Without this ordinance, thousands would be evicted.

A total of 2,800 landlords make up the San Francisco Apartment Association, and they were challenging the ban because of COVID-19. A California judge indicated that the ordinance protecting tenants who cannot pay their rent is within the city’s regulatory authority.

The arguments began at a hearing on Friday, July 31 and on August 3, at the Superior Court with Judge Charles Haines presiding. Judge Haines issued an order denying the legal challenge, ruling the ordinance does not violate the state law or the Constitution.